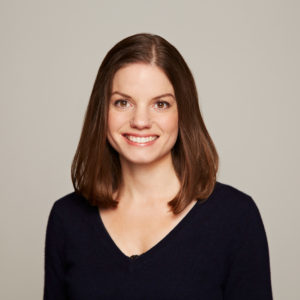 How many countries are represented in the Wooga team? Has your team always been so diverse?

Currently, people from more than 40 countries work at Wooga. Thinking globally has been in our blood since day one. For example, English – not German – has been our official language right from the start, despite the fact that our German employees far outnumbered employees from other countries back when we first launched. Today, international employees are in the majority; only about 40 per cent of our workforce is German.

How do you specifically promote diversity in your company culture?

We believe that we can only truly help to make the games industry more diverse if we cooperate – on a professional level, in games themselves and within the gamer scene, as teams within the company and across companies within the entire industry. As we know, diversity is about more than just assembling an international team, supporting women or giving the LGBT+ community a voice. It means making simultaneous changes across multiple levels. Specifically, this means ensuring that all our people at Wooga are given the freedom to help shape these changes. One example is the industry-wide ‘Gaymers Nights’ – a regular event that is open to all which our internal LGBT+ group has been organising for two years. Many of our games also feature queer characters. A culture of openness, where every voice is heard and everyone feels comfortable expressing thoughts and ideas, is an important foundation here. We also firmly believe in promoting this culture of openness beyond our own doors and fighting to ensure that we are all working to make our industry a safe space for everyone involved.

What proportion of the initiatives stem from the company and how many originate from team members themselves?

In our experience, the majority of these sorts of initiatives need to come from the team in order to be effective. Wooga primarily provides the necessary creative leeway, actively embodies a tolerant corporate culture and lays out a number of fundamental rules in our Code of Conduct. Our human resources department has also made it its mission to improve diversity at Wooga; its main focus is on increasing the number of women in our teams and in leadership roles. This resulted in the implementation of a number of new measures, especially in recruitment, which are now beginning to take effect.

What kind of changes did these measures bring about at Wooga?

We’ve made significant progress in recent years, particularly in terms of increasing the number of female employees at Wooga. Women accounted for less than 30 per cent of our workforce in 2016. Now, three years later, that figure has risen to almost 40 per cent. We have also seen a rise in the number of women in managerial positions. The gender ratio among our new hires in 2019 has been nearly 50:50 so far, so we are convinced that we are on the right track with the measures we implemented in this area.

Can you point to a specific experience as an example of the benefits of this type of campaign?

The most noticeable effect of our diversity campaign has been our employees’ engagement and the associated high levels of staff retention. Hiring new employees is expensive, particularly with such an international team, so our efforts to improve diversity have a direct impact on our bottom line.

Thanks to our monthly employee survey, we know that our employees share the Wooga ethos and our team members value Wooga as an open, inclusive place to work. And our LGBT+ group is an example of how our employees take up the opportunity to play an active role in making Wooga what it is. A culture of diversity promotes more diversity, and we have a reputation as an open space where people of all colours come together to collaborate. A diverse team attracts diverse applicants.

Do you have any tips on diversity in corporate culture to offer other companies in the games industry?

It’s important for management to lead by example. Having dedicated employees who are passionate about effecting change is fantastic. Give those employees the space and resources they need to make things happen.