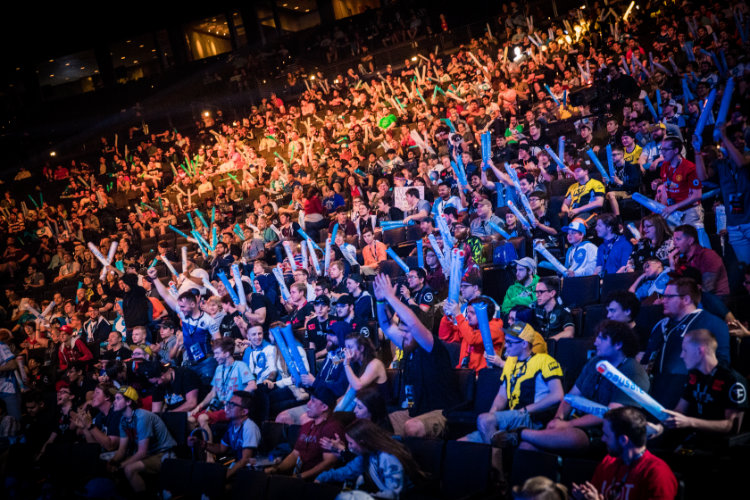 Berlin, 14 February 2019 – Interest in digital sports is growing: about one in five Germans (19 per cent) has already watched esports matches. This equates to around 13 million people. A year ago, the number of esports watchers in Germany was still at 16 per cent. Interest is particularly strong among younger people: of the 16- to 24-year-olds, 44 per cent have already watched esports games. These are the figures released today by game, the German Games Industry Association, based on representative data collected by the market research company YouGov. Esports matches are most frequently watched as taped events: 14 per cent of Germans have watched a competition in this format. One in twelve (8 per cent) has followed esports matches via livestream and another 3 per cent have witnessed a tournament live on site. 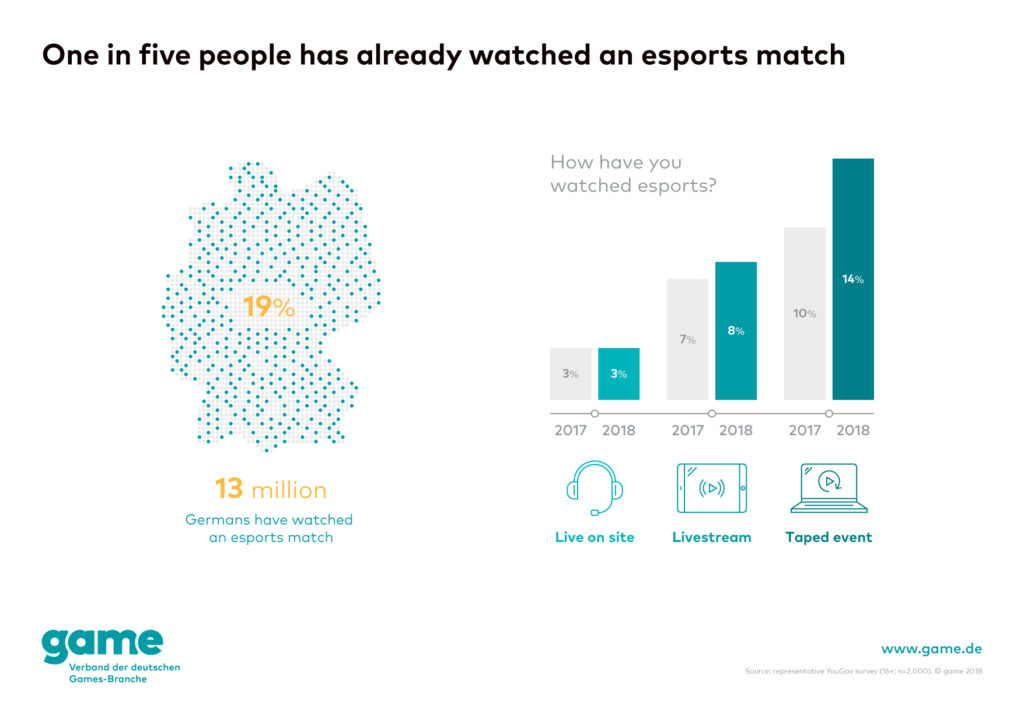 ‘The growing number of esports spectators confirms the rising interest in digital sports in Germany,’ says Felix Falk, Managing Director of game. ‘Especially among many younger people, esports broadcasts are an integral part of their media use: free livestreams and taped events as well as simultaneous chat options with other fans from the world over are setting a standard by which other sports broadcasts will have to be measured in the future.’

Awareness of esports is growing strongly

Altogether, the representative results of an esports survey published previously by game indicate that awareness of esports is increasing: some two-thirds of Germans (65 per cent) have heard of digital sports. This equates to around 45 million people. A year ago, it was only about one in two Germans (55 per cent). The share of Germans who have heard of the term esports and know what it refers to has seen a particularly steep rise: within one year, the number of people familiar with esports climbed from 29 to 37 per cent. This translates into growth by 6 million people. 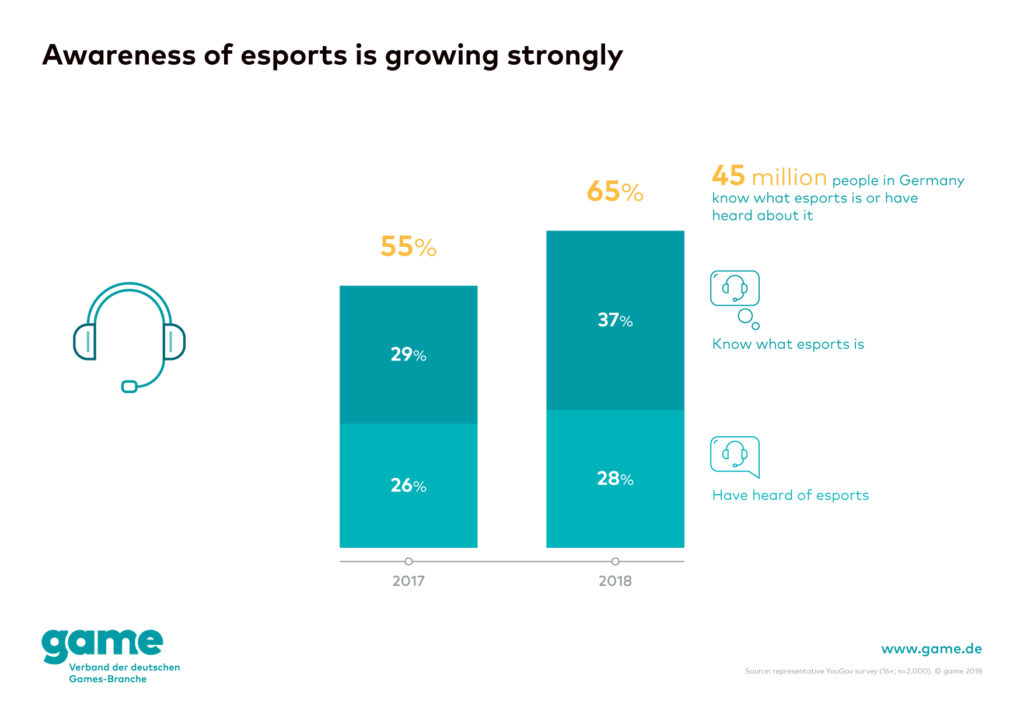 The survey data are based on an online survey by YouGov Deutschland GmbH in which 2,014 persons participated between 25/7/2018 and 30/7/2018. The results were weighted and are representative of the German population aged 16 and older.

We are the association of the German games industry. Our members include developers, publishers and many other games industry actors such as esports event organisers, educational establishments and service providers. As the sponsor of gamescom, we are responsible for the world’s biggest event for computer and video games. We are an expert partner for media and for political and social institutions, and answer questions relating to market development, games culture and media literacy. Our mission is to make Germany the leading location for game development.