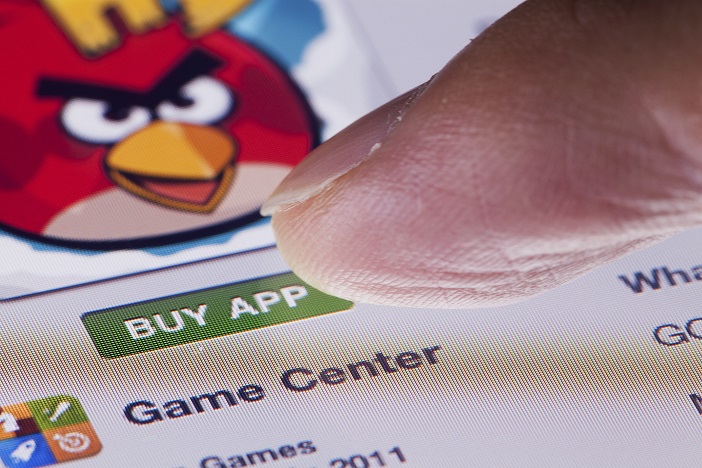 Berlin, 15 May 2018 – Games for smartphones and tablets are still one of the biggest growth drivers on the games market. In 2017, sales revenue generated by game apps rose to 497 million euros in Germany – a 21 per cent increase compared with 2016 (409 million euros). This means game app revenue grew faster in 2017 than the German games market as a whole (+15 per cent) and has more than doubled since 2014 (241 million euros). These are the figures released today by game – the German Games Industry Association, based on data collected by market research company GfK. In-app purchases are a key growth driver, with sales rising by nearly 23 per cent to 481 million euros. Many free-to-play games make use of in-app purchases. The games themselves are free to download and play, but gamers can pay to unlock additional levels or to personalise their avatar. Germans spent around 16 million euros on purchasing game apps in 2017, compared with 17 million euros in 2016.

‘Around ten years after app stores were introduced on smartphones, the boom in game apps is still unbroken’
Felix Falk, Managing Director of game

‘Around ten years after app stores were introduced on smartphones, the boom in game apps is still unbroken: game app revenue is approaching the half-billion-euro mark in Germany for the first time,’ says Felix Falk, Managing Director of game. ‘Free-to-play games are particularly popular: millions of Germans like to take advantage of the free offers and keep trying out new titles. If they enjoy a game, they are increasingly willing to pay for additional levels or to customise the appearance of their avatar.’ 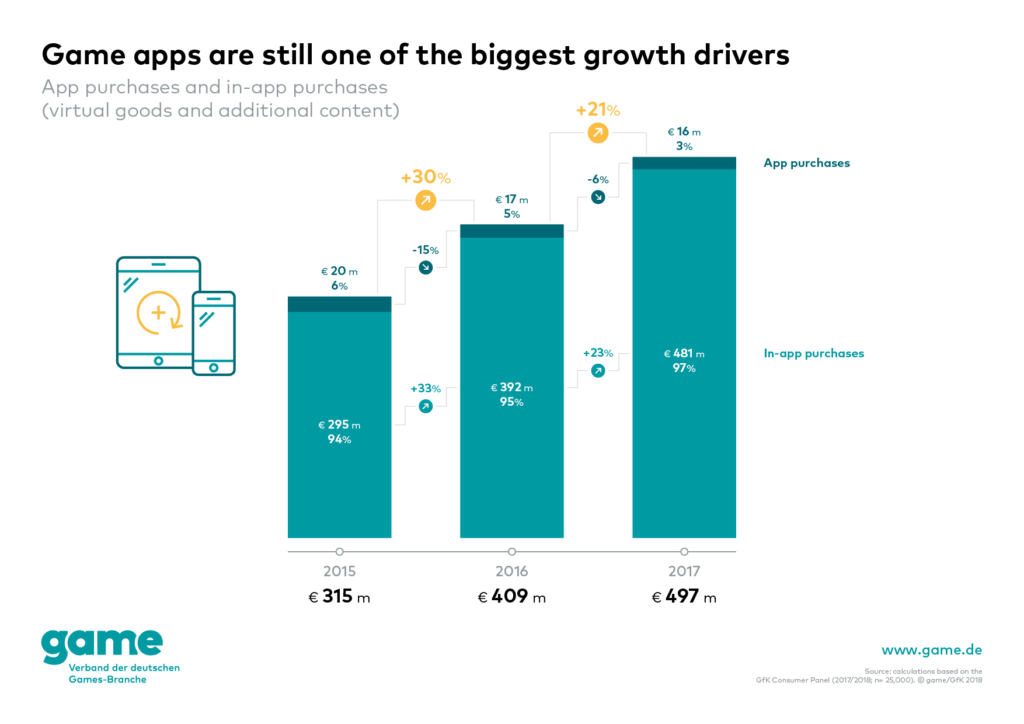 As a whole, the German market for computer and video games and games hardware leapt up by 15 per cent to over 3.3 billion euros in 2017, breaking through the 3-billion-euro barrier for the first time. The market for games consoles and peripherals grew particularly strongly in 2017, expanding by 26 per cent, to 938 million euros. Revenue from games for PCs, consoles, handhelds, smartphones and tablets also rose significantly in 2017: whilst games software generated 2.2 billion euros in revenue in 2016, that number climbed to nearly 2.4 billion euros in 2017 – an increase of 12 per cent.

In light of this positive market trend, Managing Director of game Felix Falk is calling for the games industry subsidies agreed upon by the governing German coalition to be implemented as soon as possible. This is the only way for German game developers to have the opportunity to benefit from the dynamic growth of the games market in Germany and around the world, he says. The German Games Industry Association has just presented a suitable model in the form of the German Games Fund. Recently, computer and video games produced by German companies only achieved a market share of approximately 6 per cent in the domestic market.

The data used is based on surveys conducted by the GfK Consumer Panel, GfK Entertainment and GfK POS Measurement. The methods used by GfK to collect data on Germany’s digital games market are unique in terms of both their quality and their global use. They include an ongoing survey of 25,000 consumers who are representative of the German population as a whole regarding their digital game purchasing and usage habits, as well as a consumer panel. The data collection methods provide a unique insight into the German market for computer and video games.