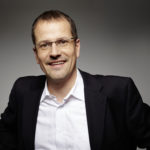 Chairman of the Executive Board

Ralf started at Ubisoft 1997 in product management and then switched to PR. As of 2000, he worked in business development and was involved in the integration of Gamebusters Salzburg into the Ubisoft Group. [show more]Since 2003, he has managed software development at Blue Byte GmbH as Development Director and was responsible for business development and IT at Ubisoft. As Managing Director of the German branch office in Düsseldorf he has been responsible for Ubisoft’s business in Germany, Austria and Switzerland since 2007. From 2016 to 2018 Ralf was a member of the board of BIU – Bundesverband Interaktive Unterhaltungssoftware, one of the two predecessor associations of game. 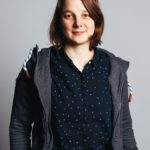 Deputy Chairwoman of the Executive Board

Linda is game designer and founder of the Good Evil GmbH from Cologne. Before her Master of Arts in Game Design she completed a Bachelor of Arts in Film Production. [show more]Linda has worked before, after and during this time as a producer, web designer and in film distribution. She is one of 25 women whose “inventions change our lives” (Edition F). Linda likes to combine her preference for non-linear narrative forms with that for wild animals and develops games for a better future, like “Squirrel & Bär” or “Serena Supergreen”. From April 2016 to January 2018 she was on the board of the GAME Bundesverband, one of the two predecessor associations of game.

Lars joined Koch Media in November 2019. Koch Media is a leading producer, marketer and publishing partner for Europe and the rest of the world with headquarters in Munich. [show more]He is responsible for cooperations with internal and external development studios. Prior to this, he spent nine years at Travian Games, one of Germany’s largest online games companies – since 2015 in the position of CEO. With his technical and economic background as well as over ten years of experience in the games industry, he focuses on forming outstanding teams, inspiring them and constantly advancing their development. In addition, he also brings his passion for games to the political arena and sees it as his mission to continuously improve the framework conditions for games development in Germany. 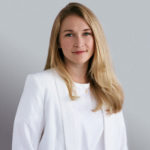 Felix has been Managing Director of game since 1 February 2018. In January 2017, he was appointed Managing Director of BIU, the German Games Industry Association. [show more]He oversaw the merger of the two associations BIU and GAME into game – the German Games Industry Association and assumed the position of Managing Director of the joint association for the German games sector. Prior to this role, Felix Falk was the Managing Director of Germany’s Entertainment Software Self-Regulation Body (USK) from 2009 to 2016. As vice-chairman of the International Age Rating Coalition (IARC) during this period, he was jointly responsible among other things for the global rating standard for online games and apps. From 2004 to 2009, he served as the Head of Office for Monika Griefahn, Chairwoman of the Committee on Cultural and Media Affairs within the German Bundestag. In this capacity, Felix Falk was also responsible for the topic of computer games, and oversaw, among other things, the creation of the Deutsche Computerspielpreis, the most important german computer games award, which were passed by the Bundestag in 2008 and were presented for the first time in 2009. 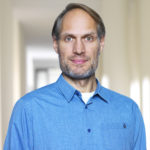 Christian looks back on a long career in the games industry. In recent years he has worked as Brand and Marketing Manager, Product Director, Producer and most recently as Director of Marketing for international games companies. [show more]Since April 2019, Christian is the head of the gamescom & events division at game. He brings in his numerous experiences in the areas of marketing, product and project management as well as software development. 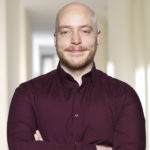 After his training as a foreign language correspondent at Euro Akademie Berlin, Florian initially worked as freelance translator and interpreter and sharpened his profile with specialist translations in various directions. [show more]Subsequently, he represented the interests of German private radio stations and press publishers abroad at a German collecting society. Florian is junior manager Membership. 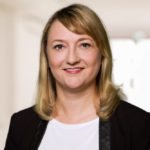 Having graduated as a film and television producer at Film University Babelsberg, Ina started her career as a production manager, producer and director in the film, television and animation industry. [show more]Afterwards she joined the media team (film and games) of ILB (Investitionsbank des Landes Brandenburg) the investment and business promotion bank of the federal state of Brandenburg. Most recently, Ina worked as a consultant for Medienboard Berlin-Brandenburg – the media funding institution for Germany’s capital region. She was responsible for the funding programs ‘Innovative Audiovisual Content’ (Games, VR, AR) and ‘Media Development’ (events). Ina is Head of Membership at game and the association’s contact for all questions regarding funding-related topics and supports the regional agencies in their work. 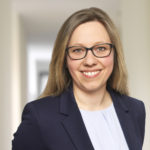 During her studies of Media and Political Communication at the Free University of Berlin, Ines worked in PR in the publishing business and as a TV production assistant in Ireland. She wrote her master thesis on serious games. [show more]After completing her university degree, she initially worked in the campaigns and events department of WWF Germany and then went on to become customer success manager in the digital entertainment industry at the Webedia Group, where she was mainly responsible for gaming projects. At game, Ines uses her experiences as manager for membership, services and indie. 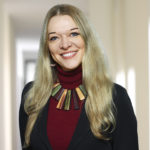 Claudia has many years of experience as an assistant, including with games industry publishers such as Frogster Online Gaming, Gameforge and Aeria Games. [show more]She is the beating heart of the association and the person to talk to in all matters relating to office organisation. As such, she is responsible for office management, accounting and management´s assistance. 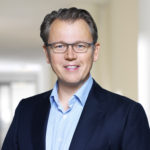 Henner Hentsch works as Legal Counsel for game since January 2016. Before he represented VG Media, a collecting society for broadcasters and press publishers and he also was working at the German Bundestag. Additionally he is a professor for copyright and media law at TH Köln. 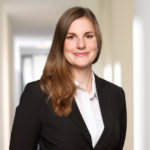 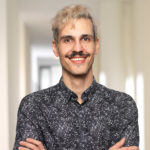 Directly after his studies of social sciences at the University of Cologne, Aleksander built up his expertise in content and influencer marketing in international agencies. [show more]At game he is part of the gamescom & events team and supports the digital marketing of gamescom. In addition, he looks after the game esports members as a consultant Esports. 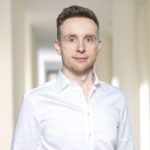 After his studies of philosophy and art history at the Friedrich Schiller University of Jena, Falk additionally expanded his competences by training as a media manager for digital and print. [show more]Subsequently, he worked as Junior Consultant System Coordination CRM/SAP at the Bauer Media Group. For the game association, Falk is now in charge of IT and applications. 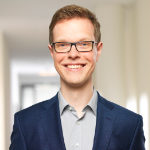 During his bachelor’s and master’s degree in communication science, Christoph examined the potential and development of digital games in political communication and journalism. [show more]After finishing his studies he published articles on this topic in international scientific journals and coordinated the development of a serious game, which was presented at gamescom in cooperation with the Federal Agency for Civic Education. Together with experts from the games industry, he gave lectures and workshops on game design for politics, culture and journalism. At game, Christoph now takes care of the areas of talent (education, research, HR) and member services. 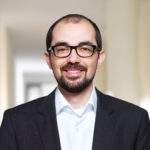 Directly after completing his degree in political science, Martin began a PR traineeship in the media department at Bitkom, Germany’s digital association / the German Federal Association for Information Technology. [show more]As a trainee and subsequently as a consultant, he was responsible among other things for games, consumer electronics and apps. At game, he is responsible for public relations. 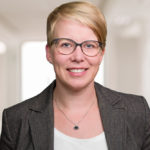 As of October 2017 Maren holds the game’s position of Head of PA. Preceding that she held a communications role at the TV and radio trade association VAUNET, where she arrived after stopovers at a business law firm, a real estate trade association and the radio group REGIOCAST. [show more]Apart from her studies in law and PR traineeship, Maren was able to gather political experience on a federal and state level. 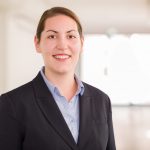 As of 2016 Sabine is a Consultant in Public Relations at game – the German Games Industry Association. In this role she contributes her extensive experience in media and IT. Furthermore, she is responsible for projects about diversity and substainability at game. [show more]Sabine took on a PR traineeship in the media relations department at the Düsseldorf branch of the technology company IBM. During this two-year traineeship, she was co-responsible for issues such as Big Data Analytics, the Internet of Things/Industry 4.0, Cognitive Computing or Connected Car technologies. Sabine has a Master’s degree in literature and media of the University of Duisburg-Essen.

Marten studied digital media culture at Film University Babelsberg and worked parallel as a freelance student assistant at rbb Fernsehen. [show more]He then worked in digital communications for Coca-Cola Germany. At game, Marten is part of the press and public relations team and is primarily responsible for the website, newsletter and social media channels. 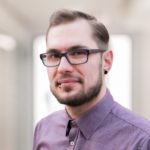 After completing his master’s degree in political science and sociology at the Friedrich Schiller University of Jena, Timm gained extensive experience in the political environment as an employee of a large people’s party. [show more]Afterwards he was head of the (old) GAME e.V. office, responsible for the operative business and member support. For the game association he uses his experience from industry and politics as project manager for gamescom and other events.

Markus studied political science with a focus on political culture and communication in Duisburg. [show more]He first worked for a market research institute after his graduation and then worked as a research analyst for a German direct insurance company. At game, Markus takes care of everything to do with market research. 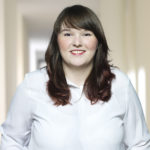 During her training as a media clerk at Axel Springer SE, Denise was responsible for various areas of the media and event industry. [show more]She gained further experience as a junior marketing manager at an educational publishing house and as an office and feel-good manager at a company in the real estate industry. At game, she actively supports the team in all matters as a team assistant.