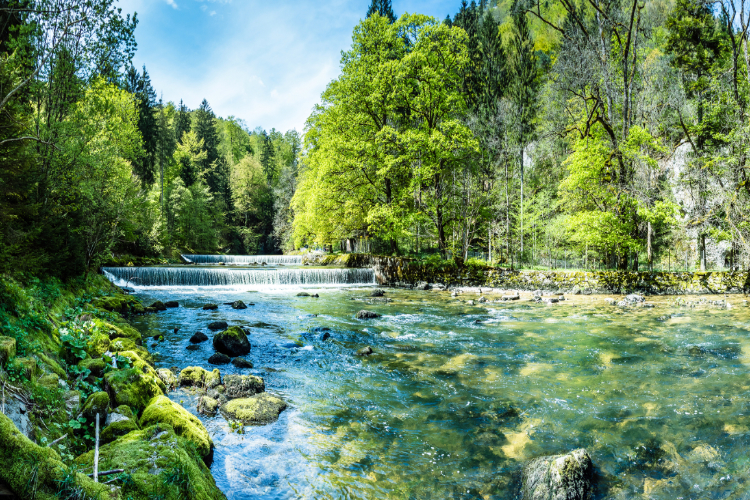 ‘There is no Planet B.’ This slogan from the Fridays for Future climate movement is brief, but its message powerful: if we don’t do something about the imminently looming threat of climate change right now, it won’t be long until our world starts to resemble the dystopian nightmares depicted in some computer and video games. Even today, we are already seeing the grave consequences of global warming: floods, forest fires and hurricanes.

For those of us in the German games industry, protecting the environment and the climate is already an important issue. Game developers and publishers, esports event organisers, educational establishments and service providers in the games industry: all of them have already recognised the urgency of the issue. That’s why 76 per cent of games industry companies are already involved in projects with the aim of promoting more sustainable business practices and raising awareness of environmental issues. Measures include efforts to reduce the use of energy and heat, to use green energy, sort waste, switch to environmentally friendly packaging, and to address the issue of protecting the environment and the climate within the games themselves.

Companies organise their ecological efforts in wide-ranging ways. Some designate small internal ‘green teams’ to develop and implement their environmental and climate protection measures, whereas others leave these measures directly in the hands of company management.

For game – the German Games Industry Association, environmental and climate protection is a special concern. That’s why we analysed and optimised all of our work processes to ensure that our association office became climate-neutral in 2021. Via ClimatePartner, we support environmental protection projects such as ‘Clean cookstoves’ in Nyungwe, Rwanda, and the ‘Hydropower’ project in Virunga, the Democratic Republic of Congo. These projects allow us to offset the carbon emissions we generate through running our business, employees’ commutes to work and business travel.

Since mid-June 2021, we have also been part of the Playing for the Planet Alliance, a partnership between the United Nations and the games industry. We are all aware of the enormous challenges climate change poses to our society, and we are working on a number of ways for the games industry to do its part in tackling the crisis.

Sustainability plays a key role at the world’s biggest games event as well: in the framework of the new sustainability initiative ‘gamescom goes green’, gamescom will be the first climate-friendly games event and one of the first events of any kind on this scale to feature such a comprehensive concept. Building on previous initiatives such as free public transport tickets and the gamescom forest, all emissions from the core event will now be 100 per cent offset in cooperation with the climate experts at ClimatePartner. Visitors will have the opportunity to make a voluntary contribution to climate protection by supporting the further expansion of the gamescom forest near Bayreuth. Exhibitors can also offset the emissions that they produce from stand construction and travel, for instance, by making a contribution to climate protection. But ‘gamescom goes green’ is just the beginning: over the medium and long term, gamescom is committed to the overarching goal of reducing and avoiding greenhouse emissions, so that less and less has to be offset in the future.

In this guide, we would like to show you what these initiatives look like and how the games industry is already doing its part for environmental and climate protection. We hope that it will provide some inspiration and ideas for those who are just starting their journey, and we are very interested to see how this field will develop. After all, there is one thing we know for certain: environmental and climate protection is one of the greatest and most important challenges of our time.