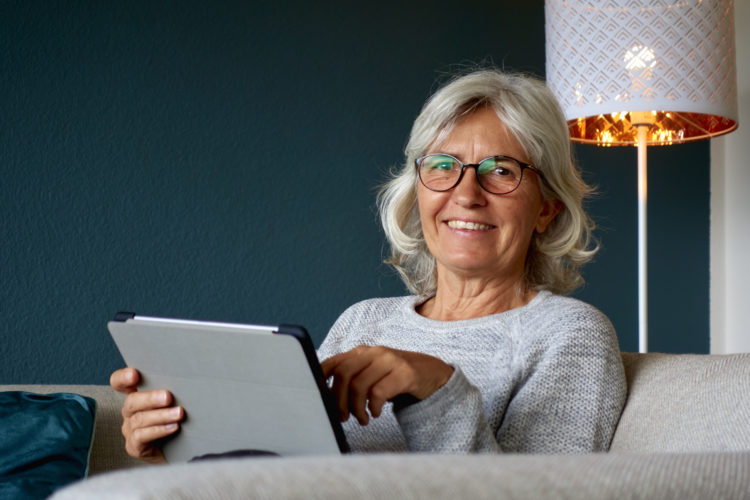 Berlin, 3 April 2019 – The average age of gamers in Germany continues to rise, and is now at 36.4 years. A year ago, the average age was 36.1 years, while five years ago, it was still down at 31 years. A key reason behind this development is the ongoing increase in the proportion of gamers over the age of 50. In 2019, close to 10 million people aged over 50 are playing computer and video games. This age group therefore now accounts for 29 per cent of all gamers. This was announced today by game – the German Games Industry Association at a press conference on the occasion of the start of gamesweekberlin. More than 34 million people in Germany play games on smartphones and tablets, PCs, games consoles and handhelds. At 48 per cent, women account for half of all gamers.

‘The many changes that the medium of games has undergone in recent years are illustrated most clearly by the rising average age of gamers. Games remain a youth medium, but they have also become a number of other things – a cultural and teaching medium, a driver of innovation, a means of therapy, and a form of sport,’ says game Managing Director Felix Falk. ‘This diversity is also demonstrated at gamesweekberlin, where games are being showcased as a cultural medium, discussed as a form of sport and referenced as a driver of innovation.’ 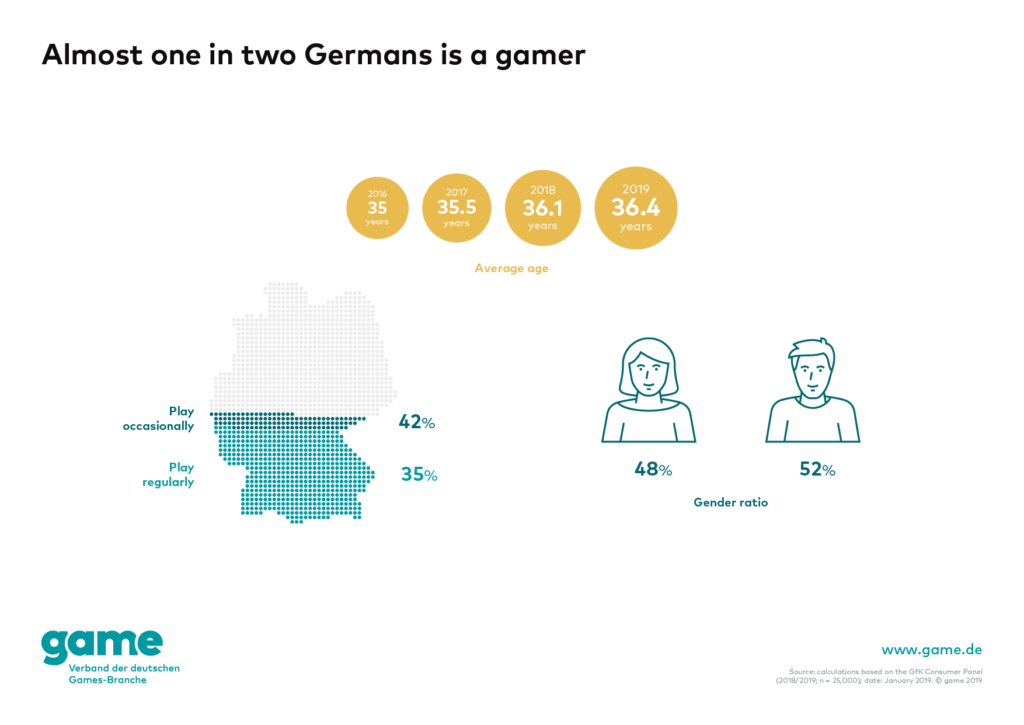 The German games market grew significantly in 2018, as announced by game last week: sales of games and gaming hardware totalled 4.4 billion euros in 2018, up from 4 billion euros in 2017. This equates to an increase of 9 per cent. The largest growth driver was online service fees, sales of which almost doubled within a year to 353 million euros (+97 per cent). The market segment of in-game purchases likewise contributed greatly to the growth, increasing by 28 per cent to 1.9 billion euros.

The data used is based on surveys conducted by the GfK Consumer Panel, GfK Entertainment, GfK POS Measurement and App Annie. Please note that, due to a change of service providers and an associated change in methodology, current data cannot be compared with the market data published in 2018. The market data for game apps is now provided by the app market research specialist App Annie.

The methods used by GfK to collect data on Germany’s digital games market are unique in terms of both their quality and their global use. They include an ongoing survey of 25,000 consumers who are representative of the German population as a whole regarding their digital game purchasing and usage habits, as well as a retail panel. The data collection methods provide a unique insight into the German market for computer and video games.