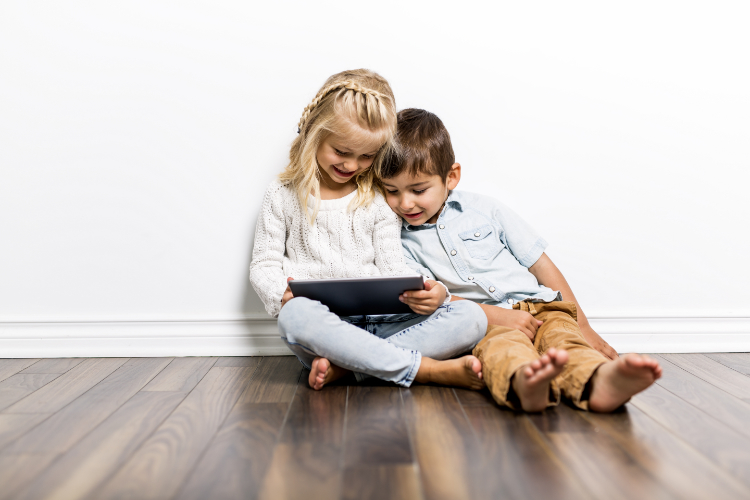 • New draft of the Protection of Young Persons Act falls short of the goals set by the German federal government
• ‘The draft legislation in its current form is two steps backward rather than a step forward. Regulations such as this make the already confusing youth protection system in Germany even more complicated, slower, and less effective than it already is.’
• Established system of age categorisation likely to become much less meaningful and helpful for parents and children
• Necessary reforms are largely not included in the draft legislation

Berlin, 11 February 2020 – At the start of its recent association hearing on the subject, game – the German Games Industry Association sharply criticised the latest draft of the Protection of Young Persons Act from the German Federal Ministry for Family Affairs, Senior Citizens, Women and Youth. According to game, the latest draft falls short of the goals set by the German federal government in its own coalition agreement; these goals involved creating a coherent, future-proof legal framework for youth protection in Germany. In addition, necessary reforms are largely not included in the draft legislation. On the contrary, the proposed legislation would further complicate the already confusing allocation of responsibilities between the German federal government and individual state governments, as well as among supervisory bodies. The legislation was not drafted with the content of the media in mind; rather, legislators are attempting to apply approaches from the world of analogue media to the internet. Additionally, instead of relying on tried-and-tested modern methods such as adding descriptors to age categorisations or implementing technical youth protection measures, future age assessments will take a range of different aspects into account – including data privacy and consumer protection in addition to youth protection. As a result, the established system of age categorisation that is comprehensible to consumers will likely become much less meaningful and helpful for parents and children.

‘Youth protection in Germany has been stuck in the predigital era for many years and is in desperate need of reform. The draft legislation in its current form is two steps backward rather than a step forward. Regulations such as this make the already confusing youth protection system in Germany even more complicated, slower, and less effective than it already is. Rather than ensuring a reasonable distribution of responsibilities between the German federal government and the individual state governments as well as among the supervisory bodies, the proposed legislation would lead to redundant administrative structures and further confusion regarding competencies. That doesn’t help anyone, and it’s a significant step backward for parents, children and providers alike,’ says Felix Falk, Managing Director of game. ‘Protecting young people has always been a top priority for the games industry; it is a primary consideration right from the earliest stages of development for a new title or piece of hardware. We have been requesting new youth protection legislation for years, but this draft legislation is rather disappointing. The German Federal Ministry for Family Affairs, Senior Citizens, Women and Youth was on a better track with its 2015 proposals, which were much more practical but unfortunately were not adopted. Germany needs modern, convergent and internationally compatible youth protection legislation. The games industry has already taken the initiative and led the way here with its technical youth protection systems and the International Age Rating Coalition.’ 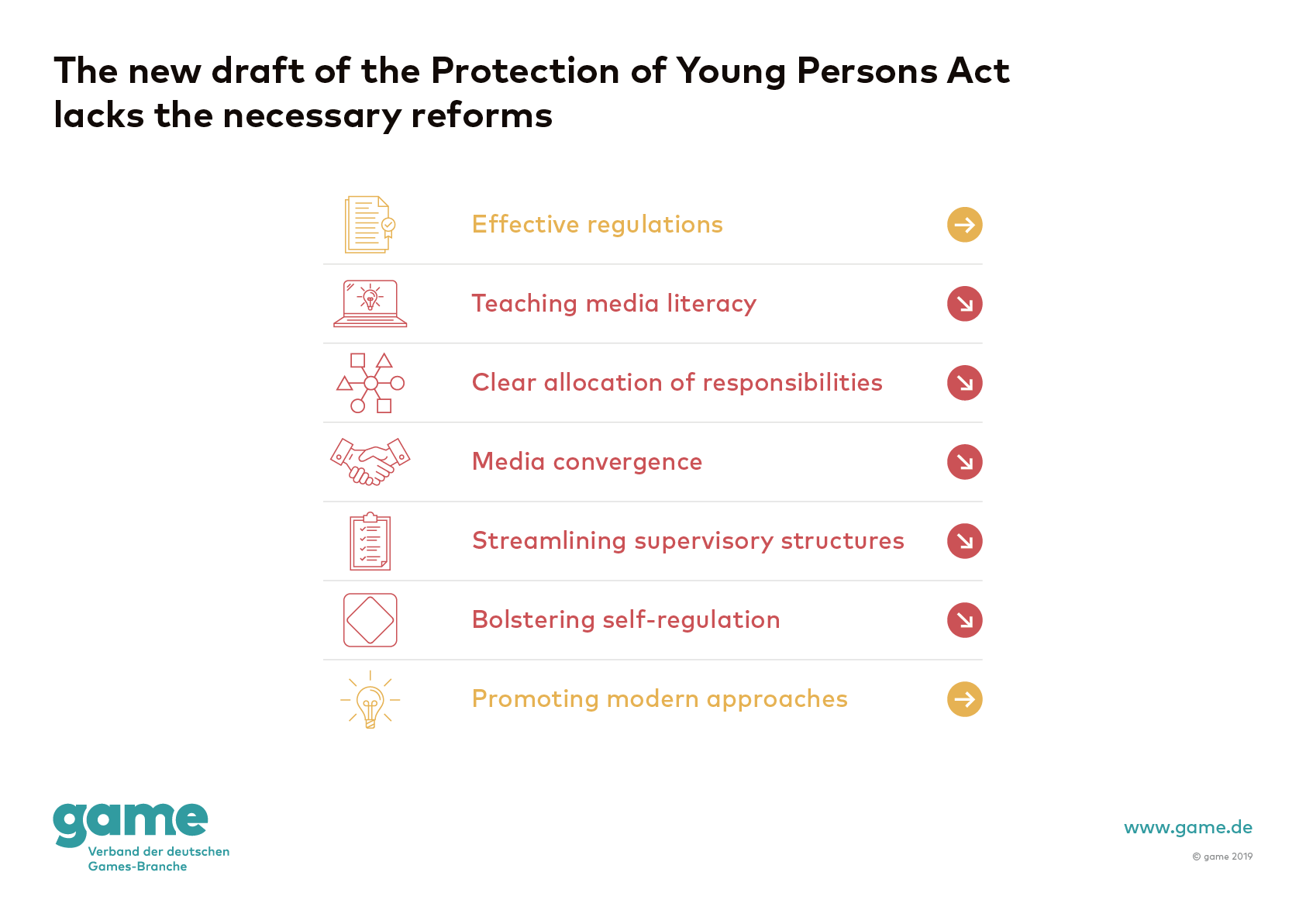 game takes an overall negative view of the current draft legislation. The association has made seven demands for modern youth protection in Germany in recent years; unfortunately, this new legislation does very little to address these demands.

Demand 1: Effective regulations – HARDLY ADDRESSED
The proposed regulations are likely to be ineffective, as they will either have little to no impact on the day-to-day lives of children and teenagers, or they will be impossible for providers to implement.

Demand 2: Teaching media literacy – NOT ADDRESSED
Only through media literacy education can children and teenagers learn to interact with media properly – and that is the best possible form of youth protection. The draft does not address this at all.

Demand 3: Clear allocation of responsibilities – NOT ADDRESSED
The responsibilities of the federal government and the individual state governments still have not been clearly defined. Currently, conflicting laws are in effect in some areas, and rather than integrating and harmonising these laws, the new draft legislation makes the already complex situation even more complicated.

Demand 4: Media convergence – NOT ADDRESSED
Youth protection still is not regulated equally in all forms of media, meaning that the subject remains opaque and incomprehensible. Instead of resolving the situation, this legislation seeks, for example, to regulate platforms based on the way they distribute content rather than the content itself.

Demand 6: Bolstering self-regulation – NOT ADDRESSED
The federal government does not meet its stated goal of bolstering the functional, proven system of self-regulation already in place. Reasonable incentives for companies to participate in self-regulation are not included in the draft legislation at all, for example.

Demand 7: Promoting modern approaches – HARDLY ADDRESSED
Tried-and-tested modern methods such as descriptors for age categorisation or the implementation of technical youth protection systems are only included to a very limited extent; instead, existing age categorisation labels – which consumers are already familiar with – are being overloaded, making them much less meaningful and helpful for parents. The result is different age categorisation labels on different platforms, meaning that parents will not be able to find the guidance they need, and providers will lack the necessary clarity.