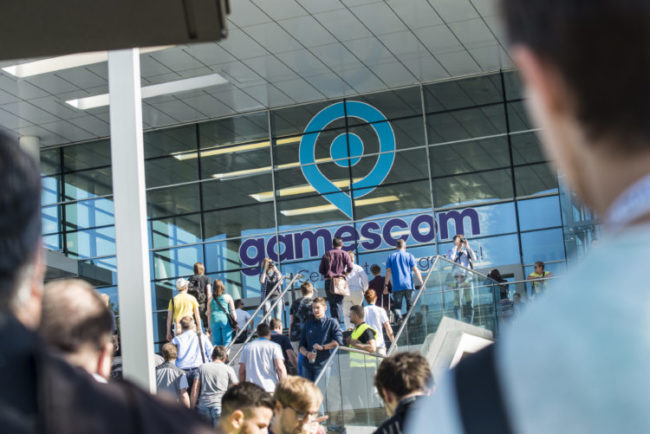 Berlin, 19 July 2017 – This year’s gamescom puts the spotlight on playing games with family and friends. That’s why the world’s largest event for computer and video games features the theme ‘Just play together’ in 2017, as announced at a press conference in Berlin today by gamescom host Koelnmesse and the BIU as the association representing the German games industry and sponsoring the event. The gamescom 2017 partner country is Canada. In addition to cooperative play, current trends include growing professionalism in eSports and technological innovations that allow the creation of more immersive game worlds. For the first time ever, German Chancellor Dr Angela Merkel will officially inaugurate this year’s gamescom on 22 August.

‘Games are the most social medium of our time; they promote cooperative play like no other medium and allow people to interact with one another in the process – and that’s the case this year more than ever before,’ says Felix Falk, Managing Director of BIU. ‘gamescom offers an unparalleled look at the profound changes that digitisation and networking are causing in society and the economy. The fact that Chancellor Merkel will inaugurate this year’s gamescom also highlights that games are increasingly being recognised as a cultural and economic asset.’

This year’s theme: ‘Just play together’

‘Just play together’ is the theme of this year’s gamescom, and it puts the spotlight on one of the most important aspects of games: even the earliest digital games like ‘Pong’ could be played with friends on the same console. But cooperative play has never been as simple and multifaceted as it is today, and the countless innovations in this area have put it at the centre of gamescom 2017: friends meet up in the same place to play and experience stories in games like ‘Star Wars Battlefront II’ (Electronic Arts), ‘Mario + Rabbids Kingdom Battle’ (Ubisoft) and ‘Super Mario Odyssey’ (Nintendo). Sony’s ‘PlayLink’ brings family and friends together in front of the TV to play games quickly and easily via smartphone or tablet on their gaming console. With its new Switch console, Nintendo has even integrated cooperative play into a device that players can carry with them anywhere and anytime. In online gaming, too, there is an increasing focus on cooperative play: gamers can seamlessly join a friend’s story and continue playing together in games like ‘Far Cry 5’ (Ubisoft). Friends also team up to play games such as ‘Destiny 2’ (Activision) that offer online events with special missions. Even viewers of livestreams can interact with games using programs such as the video platform Mixer (Microsoft). There have never been more options for playing games with family and friends.

The developments that have occurred in eSports are unique: no other sport has grown from a niche attraction into a cultural phenomenon the way eSports has done. Millions of Germans watch this kind of digital sport, either on location in the arena or online via livestream. As its popularity rapidly increased, eSports has grown more professional – a fact of which businesses and politicians have taken notice. Growing numbers of companies such as Audi and Vodafone are getting involved in digital sport to attract young, digitally savvy target groups that are difficult to reach via traditional advertising. Currently, eSports is also playing an important role in the German federal election: CDU/CSU, SPD, Greens and FDP have announced plans to provide greater support for digital sport in the upcoming legislative period. The announcement by the Olympic Council of Asia (OCA) that eSports would be recognised as an official discipline at the 2022 Asia Games in Hangzhou underscores the growing level of professionalism in eSports and its global recognition as a true form of sport.

The games industry has always been a pioneer in terms of implementing new technologies that improve the gaming experience. Many innovative technologies are developed with the goal of creating bigger, more realistic, practically limitless game worlds. Several recent examples of these impressive innovations are on display at gamescom 2017: the games industry already offers more content in 4K resolution and high-definition rendering (HDR) than any other media sector. The new models of the latest generation of consoles – the PlayStation 4 Pro from Sony and the Xbox One X from Microsoft – meet the much higher standards for screen resolution required today and support the impressive contrast delivered by the latest generation of televisions. New titles such as ‘Assassin’s Creed Origins’ (Ubisoft), ‘Forza Motorsport 7’ (Microsoft) and ‘Middle-earth: Shadow of War’ (Warner Bros.) aren’t the only games that support the new technology; a number of previously published games are also receiving free updates to allow them to run on the new gaming consoles with improved picture quality. Virtual reality is another example of the games industry’s relentless drive to surmount technological hurdles in an effort to create a more immersive gaming experience. Since the launch of the current generation of VR headsets and the price reductions in recent weeks, the user base for the devices has grown significantly. Currently, virtual reality is in the process of becoming an entirely new platform – not just for computer and video games, but also for a range of different business applications. Games are essential for anyone who wants to experience what the computer platforms of the future will be like. Numerous recently announced titles demonstrate the enormous creativity that goes into trying out new formats and ideas for virtual reality – including titles such as ‘The Inpatient’ for PlayStation VR, ‘Transference’ (Ubisoft) or the VR version of ‘The Elder Scrolls V: Skyrim’ (Bethesda).

Gamescom opens for all interested trade visitors on Tuesday, 22 August 2017, and for the general public on Wednesday, 23 August 2017. Last year, 877 companies from 54 countries presented their latest products. In 2016, a total of 345,000 visitors from 97 countries used gamescom as an entertainment and business platform. This makes gamescom the largest global computer and video games event as well as Europe’s largest business platform for the games industry. With the business area, the entertainment area, the devcom, the gamescom congress and the gamescom city festival, gamescom offers tailored platforms for all audiences.

The Cologne trade fair company has a more than 90-year-old history. In May 1924, the success story of Cologne fairs began with the opening of the first event on the grounds in Cologne-Deutz. During the economic boom of the post-war era, the ‘Rheinische Messe’ rose to a global marketplace. This was achieved through good service, the strong commitment to trade fairs and through a dense network of international contacts. Back then as well as today, Koelnmesse is an important driver for global industries as well as for the regional economy. More information can be found here: www.koelnmesse.de

The BIU, the German Games Industry Association, is the association of the German computer and video games industry. Its 28 members are developers, publishers and suppliers of digital games. Together, they represent over 85 per cent of the German market. The BIU is, for example, the organiser of gamescom. As an expert partner for media and for political and social institutions, the BIU answers all questions on the topic of digital games. 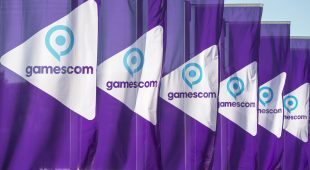 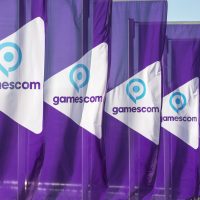 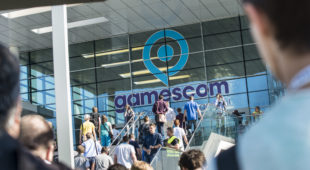 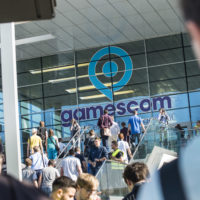 22. June 2017 | Press Release
Chancellor Merkel is opening gamescom for the first time
Berlin, 22 June 2017 – Chancellor Dr. Angela Merkel will open …
This Website uses cookies. By using our service you agree to the usage of cookies.Accept