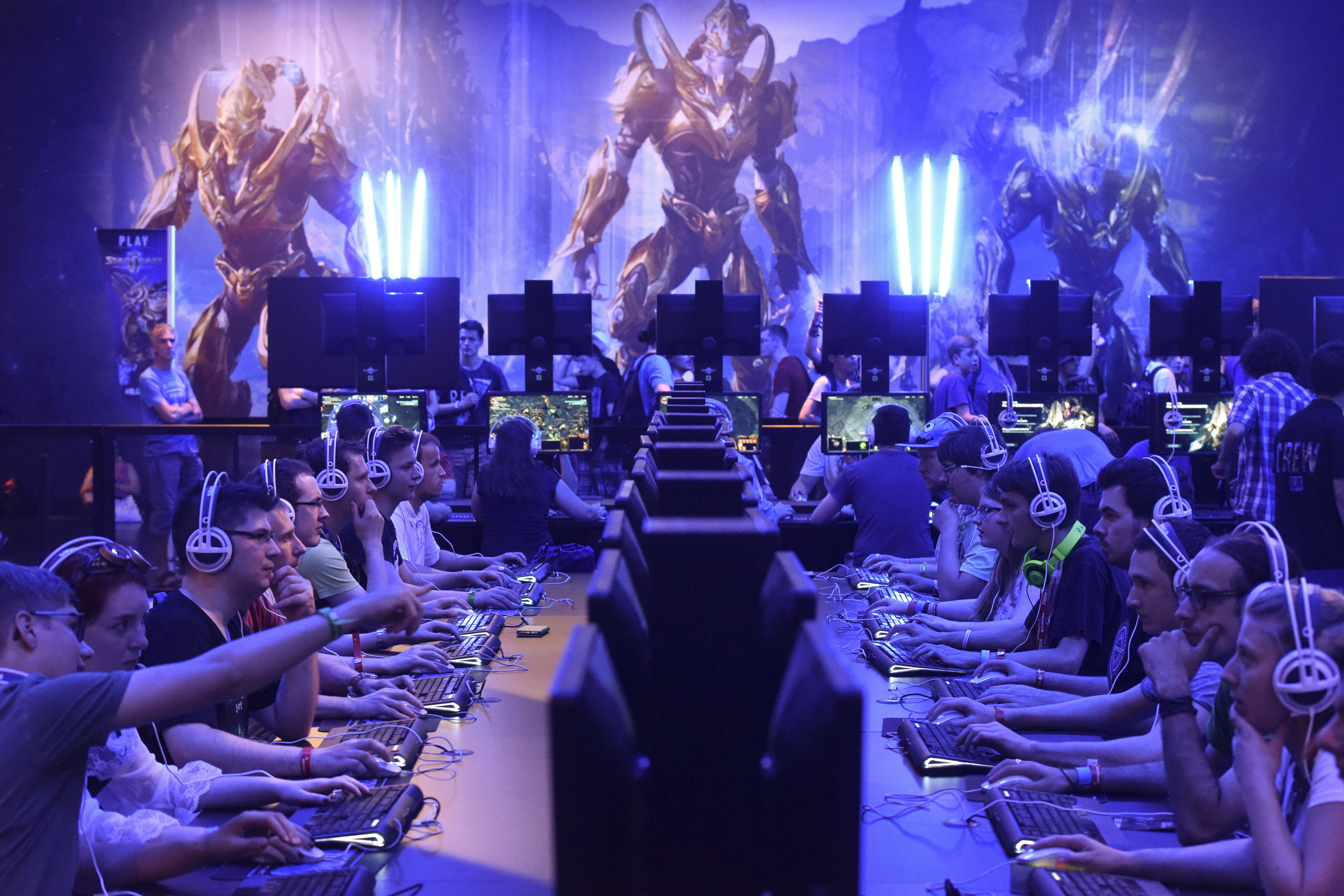 • gamescom opening with games world premieres
• Political guests of honour are Dorothee Bär, Germany’s Minister of State for Digitalisation, and Armin Laschet, Minister-President of North Rhine-Westphalia
• ‘Diversity wins’ is the central theme of gamescom 2018
• The gamescom 2018 partner country is Spain

Berlin, 19 July 2018 – gamescom 2018 is marking its tenth anniversary by opening with several surprises: A number of games will make their global debut at the opening, where they will be introduced by their developers. The political guests of honour will be Dorothee Bär, who as Germany’s Minister of State for Digitalisation is the federal official responsible for all games-related issues, and Armin Laschet, Minister-President of the state of North Rhine-Westphalia. And for the first time, holders of a ‘wild card’, which allows private visitors to attend gamescom on the exclusive trade visitor and media day, will additionally be able to take part in the official opening. This was announced today by the gamescom sponsor, game – the German Games Industry Association, and Koelnmesse, the event organiser, at a press event in Berlin. The partner country of gamescom 2018 is Spain. The leading theme this year, ‘Diversity wins’, spotlights the great diversity and versatility of games as an entertainment medium, cultural asset and important door opener to digitisation for millions of people.

‘The new opening gets right to the heart of the strengths of gamescom: the world’s largest event for computer and video games stands for first-class entertainment, but also keeps its eye on the societal discourse around games,’ says Felix Falk, Managing Director of game. ‘gamescom highlights the unique history of computer and video games like no other event. What began as a niche medium has grown to include more than 2.2 billion gamers worldwide. With their unparalleled variety, games excite people – and with their content and technologies, they’re important drivers of innovation for many areas of the economy and life overall. Games are the key medium of digitisation.’

With “Diversity wins!” gamescom 2018 centres around the great diversity of the medium of computer and video games. From global blockbusters to surprising indie titles, from smartphone games for spare moments to elaborate game worlds in virtual reality, the range of the medium has grown rapidly in the last few years: The choice of themes and playable protagonists is vast. The great variety is generating enthusiasm among ever more players, independent of nationality, age, gender, or physical ability. Women constitute almost half of all players. The average age rises from year to year and in Germany is now above 36 years. The largest group of players are the over-50-year-olds. This plays a decisive role in game development as well: games are produced today by teams of as many as several hundred employees of the most diverse backgrounds.

Trend: ‘Shaping the future with games’

At gamescom it becomes clear: computer and video games aren’t just an entertainment medium, but also assume a special role in the digitised and interconnected society. They are both an entertainment medium, cultural asset and an important door opener to the digital world for millions of people. But on the job market as well, games are becoming increasingly important. Qualified games industry professionals are in high demand as experts in many economic sectors, for example as designers of user interfaces or as specialists in virtual environments and artificial intelligence. On the gamescom campus, visitors can experience for themselves the great spectrum of education opportunities in the games industry. In other societal areas as well, games play an important role as a medium of the future. Serious games are finding increasing use in education and in health care. In the face of declining membership in their youth sections, ever more sports associations and local sports clubs are planning to make eSports a permanent part of their youth work.

Games are so popular today in all population groups because they are available everywhere and on just about any device. Mobile devices like smartphones and tablets play a major part in this development. Around ten years after the introduction of the app store, smartphones have become the most popular gaming platform among Germans. This has made games available everywhere and playable by anyone by means of simple touchscreen control. The low threshold to entry, the great diversity of titles and permanent availability have decisively contributed to the strong growth in player numbers worldwide in recent years.

The availability of games will continue to increase in the coming years. In addition to the purchase of individual titles, subscription models are establishing themselves. For a fixed monthly charge, players can access a large catalogue of games which they can install on their games consoles and PCs. Examples include Origin Access Premier from Electronic Arts and the Xbox Game Pass from Microsoft. Other offerings like PlayStation Now from Sony, in contrast, are using cloud gaming as their basis. This doesn’t require a high-performance gaming PC or current games console. The actual computing of the game takes place in the data centre. This allows even blockbuster titles with elaborate graphics to be played on less high-powered terminal devices. What is required, however, is a fast and low-latency internet connection.

gamescom opens for all interested trade visitors on Tuesday, 21 August 2018, and for the general public on Wednesday, 22 August 2018. Last year, 919 companies from 54 countries presented their latest products. In 2017, a total of 355,000 visitors from 106 countries used gamescom as an entertainment and business platform. This makes gamescom the largest global computer and video games event as well as Europe’s largest business platform for the games industry. With the business area, the entertainment area, the devcom, the gamescom congress and the gamescom city festival, gamescom offers tailored platforms for all audiences.

The Cologne trade fair company has a more than 90-year-old history. In May 1924, the success story of Cologne fairs began with the opening of the first event on the grounds in Cologne-Deutz. During the economic boom of the post-war era, the ‘Rheinische Messe’ rose to a global marketplace. This was achieved through good service, the strong commitment to trade fairs and through a dense network of international contacts. Back then as well as today, Koelnmesse is an important driver for global industries as well as for the regional economy. More information can be found here: www.koelnmesse.de