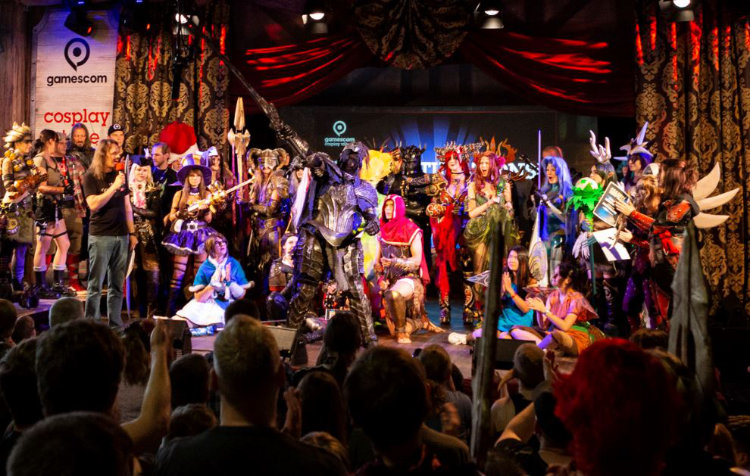 • ‘Together we are games’ is the central theme of gamescom 2019
• gamescom trends 2019: cloud gaming and indie games
• The gamescom 2019 partner country is the Netherlands

Berlin, 17 July 2019 – gamescom is shining a spotlight on gamers this year with its ‘Together we are games’ central theme. No other medium has such a creative and passionate community. From cosplayers and modders to esports gamers and streamers, the massive involvement of gamers makes them a fundamental part of games culture. They are constantly creating new trends and play a vital role in driving developments in the industry. Today, even before a game is published, the community is actively involved in its development, contributing ideas and requests. The dynamic, high-energy relationship between the community and game developers is especially visible at gamescom.

‘With its passionate involvement, the games community is a fundamental part of games culture, and in its interactions with game developers it plays a vital role in shaping trends. Nowhere is this as visible as at gamescom, the world’s largest games festival,’ says Felix Falk, Managing Director of game – the German Games Industry Association. ‘Never before have game developers involved the community as closely in the development of new titles: they collect feedback on new features, adopt ideas and organise dedicated community events, not least at gamescom. In doing so, the games industry is once again blazing a trail for other sectors of the economy – turning customers into a community and fostering connections with it, as it plays a vital role in the industry’s success. This is one of the reasons why we at gamescom are placing a special focus on the community this year – from our new, internationally streamed “gamescom: Opening Night Live” event and the expansion of our indie developer area, to features designed to make gamescom more comfortable for visitors.’

The leading theme and trends of gamescom 2019 were announced today in Berlin by the joint organisers: game – the German Games Industry Association and Koelnmesse. The partner country of gamescom 2019 is the Netherlands. German politicians attending the opening as guests on 20 August will include the Federal Minister of Transport and Digital Infrastructure, Andreas Scheuer, the Minister of State for Digitalisation, Dorothee Bär, the Deputy Minister-President of North Rhine-Westphalia and Minister for Children, Family, Refugees and Integration, Dr Joachim Stamp, and the Mayor of Cologne, Henriette Reker.

Cloud gaming, one of the gamescom 2019 trends, has the potential to revolutionise the games industry. Its big advantage is that most of the processing takes place in data centres, so the players themselves do not need particularly powerful hardware. This means that even the most technically sophisticated titles can be played on simple laptops, smartphones or tablets. All you need is a fast, low-latency internet connection. Some cloud gaming services are already available, including PlayStation Now from Sony and GeForce NOW from NVIDIA. Other companies, such as Microsoft and Google, have announced that they will be launching their own cloud gaming services, or are working on technologies to enhance the power of cloud services, like Bethesda Softworks with its Orion software technologies. Once again, the games industry is proving itself to be a technological pioneer: in no other area of cloud services is implementation as technically challenging and complex as in the games industry.

Indie games are another gamescom 2019 trend. Now more than ever, small, independent studios are developing games that stand out from the crowd – either through their serious themes, artistic approaches or edgy designs. Many creative, unusual titles and some surprise hits have come from indie teams recently. As a result, independent studios have become a fundamental part of games culture. The ability to offer games cheaply worldwide through download portals and the availability of more user-friendly developer software have strengthened the trend towards indie games. Titles from indie developers are crowd-pullers at gamescom as well. With the new “indie village”, the area for indie games has been significantly enlarged. As a result, the number of indie developers at gamescom could be more than doubled.

Felix Falk: ‘Whether we’re talking about cloud gaming or indie games, this year’s gamescom trends highlight Germany’s great potential to become an international hotspot for the games industry. Germany has a very lively, creative indie scene. It is also one of the first countries with several cloud gaming services coming onto the market. At the same time, however, it is clear that we need to create the right conditions if we want to make the most of this potential and avoid being overtaken by other, more committed countries. The long-term establishment of games funding and rapid expansion of fast broadband connections should be the focus areas for policymakers.’

Gamescom opens for all interested trade visitors on Tuesday, 20 August 2019, and for the general public on Wednesday, 21 August 2019. Last year, 1.037 companies from 56 countries presented their latest products. In 2018, a total of 370,000 visitors from 114 countries used gamescom as an entertainment and business platform. This makes gamescom the largest global computer and video games event as well as Europe’s largest business platform for the games industry. With the business area, the entertainment area, the devcom, the gamescom congress and the gamescom city festival, gamescom offers tailored platforms for all audiences. 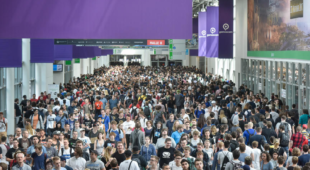 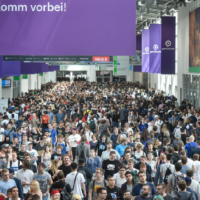 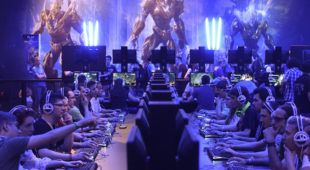 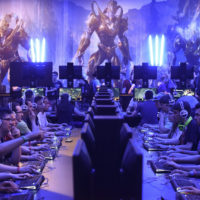 19. July 2018 | Press Release
gamescom 2018 opens with world premieres
• gamescom opening with games world premieres • Political guests of honour …
This Website uses cookies. By using our service you agree to the usage of cookies.Accept