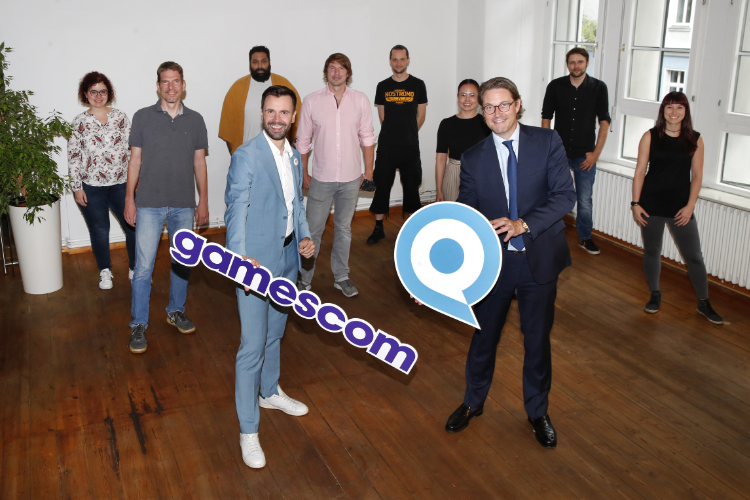 Berlin/Cologne, 28 August 2020 – gamescom 2020 has officially started. A large number of political guests took part in the political opening, which, like the rest of gamescom, was held exclusively online because of the COVID-19 pandemic. Andreas Scheuer, Federal Minister of Transport and Digital Infrastructure, visited Yager, the Berlin game developer and winner of ‘Best Studio’ title in this year’s German Computer Games Awards, to get a picture of game development in Germany. He took advantage of his visit to announce the start of the major games fund. Information about the funding programme will be available at the developers conference devcom, which is taking place now, before the programme launches at the end of September.

In line with the gamescom trend ‘Games at school’, Minister of State for Digitalisation Dorothee Bär was given a demonstration in the chancellor’s office of two innovative serious games from HTW Berlin that help teach chemistry and electrical engineering. In her message, Bär made it clear that she wants to be a stronger advocate for the use of games in schools. North Rhine-Westphalian Minister-President Armin Laschet invited Jörg Adami, Managing Director of the esports player foundation (epf), and esports player Armin ‘Kaymin’ Kaymer to his state chancellor’s office. The League of Legends player is one of the first players to receive an epf scholarship. The foundation is supporting his journey into professional esports, which he is pursuing alongside his university studies. North Rhine-Westphalia has been supporting the epf since it was founded at the beginning of 2020. The Mayor of Cologne, Henriette Reker, who is also Chairwoman of the Koelnmesse Supervisory Board, and Koelnmesse CEO Gerald Böse spoke from the Koelnmesse exhibition grounds in Cologne. They emphasised the importance of gamescom for Cologne as an exhibition location.

The video of the gamescom 2020 political opening can be watched on demand on the content hub ‘gamescom now’: now.gamescom.global

Andreas Scheuer, Federal Minister of Transport and Digital Infrastructure: ‘While there is a significant amount of games sold in Germany – especially during COVID-19 pandemic – games developed by German companies have only a negligible role to play. This has to change, because we as Germany want to play in the premier league for game development as well. Therefore, 250 million euros in federal funding are a strong signal! And I am more than delighted to be able to announce the start of the national games funding programme just in time for gamescom – with a lot of money for individual game projects. First major game projects will be approved by me by the end of this year.’

Dorothee Bär, Minister of State for Digitalisation within the federal government: ‘The past few months have clearly shown that digital education needs to be much higher up our agenda. Children and young people are growing up with games as a matter of course, and use them intuitively. They are fun, motivating and give instant feedback – characteristics that also make them outstanding teaching aids. Digital education using games must therefore be embraced much more systematically in schools – and that’s something I will be advocating for.’

Armin Laschet, Minister-President of North Rhine-Westphalia: ‘North Rhine-Westphalia is the number one region for games in Germany and an international esports stronghold. Since 2009, we have proudly hosted the world’s largest event for computer and video games. I want to congratulate the organisers for their success in making this such a strong fair in North Rhine-Westphalia even in this especially challenging year. I have no doubt that, as in previous years, gamescom 2020 will attract international attention as a major event in the games industry, one of our country’s most dynamic and innovative economic sectors.’

Felix Falk, Managing Director of game – the German Games Industry Association and co-organiser of gamescom: ‘This is the moment millions of gamers around the world have been waiting for: gamescom 2020 has finally started and, with it, a full programme of world premieres, announcements and news. Games are more important than ever before, especially in this year of the COVID-19 pandemic, because they connect people and are fun. And I am particularly pleased that besides the gaming community, we also have numerous political guests here for the launch of the world’s biggest event for computer and video games.’

Henriette Reker, Mayor of Cologne and Chairwoman of the Koelnmesse Supervisory Board: ‘As the city of Cologne we deeply regret the fact that we cannot welcome hundreds of thousands of visitors from all over the world to our city for gamescom this year. The COVID-19 pandemic requires special innovations and creative solutions by all of us. And I am more than happy that we could make it and that we have found suitable solutions so that gamescom 2020 can take place digitally this year.’

Gerald Böse, CEO of Koelnmesse: “gamescom 2020 is a pioneering event that shows how events being eagerly awaited by millions of people around the world can also take place in the year of the COVID-19 pandemic. And not only will gamescom 2021, then once again taking place physically in Cologne, benefit from the many digital innovations this year. As part of Koelnmesse’s investment and digitization strategy, all our future trade fairs and events will benefit from this ground-breaking concept.“

gamescom is the world’s largest event for computer and video games, as well as Europe’s largest business platform for the games industry. Due to the worldwide COVID-19 pandemic, gamescom 2020 is taking place in an exclusively digital format, from Thursday, 27 August, to Sunday, 30 August 2020. Due to the current circumstances, events will not take place on-site in Cologne this year. gamescom is jointly organised by Koelnmesse and game – the German Games Industry Association. 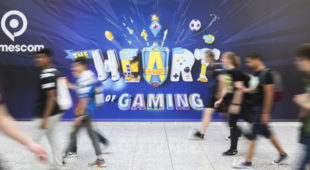 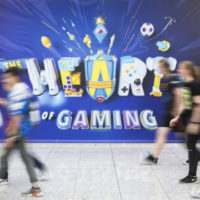 18. August 2020 | Press Release
‘Playing into the future’: positive societal effects of games are …
• Nearly two thirds of Germans say that games can help …