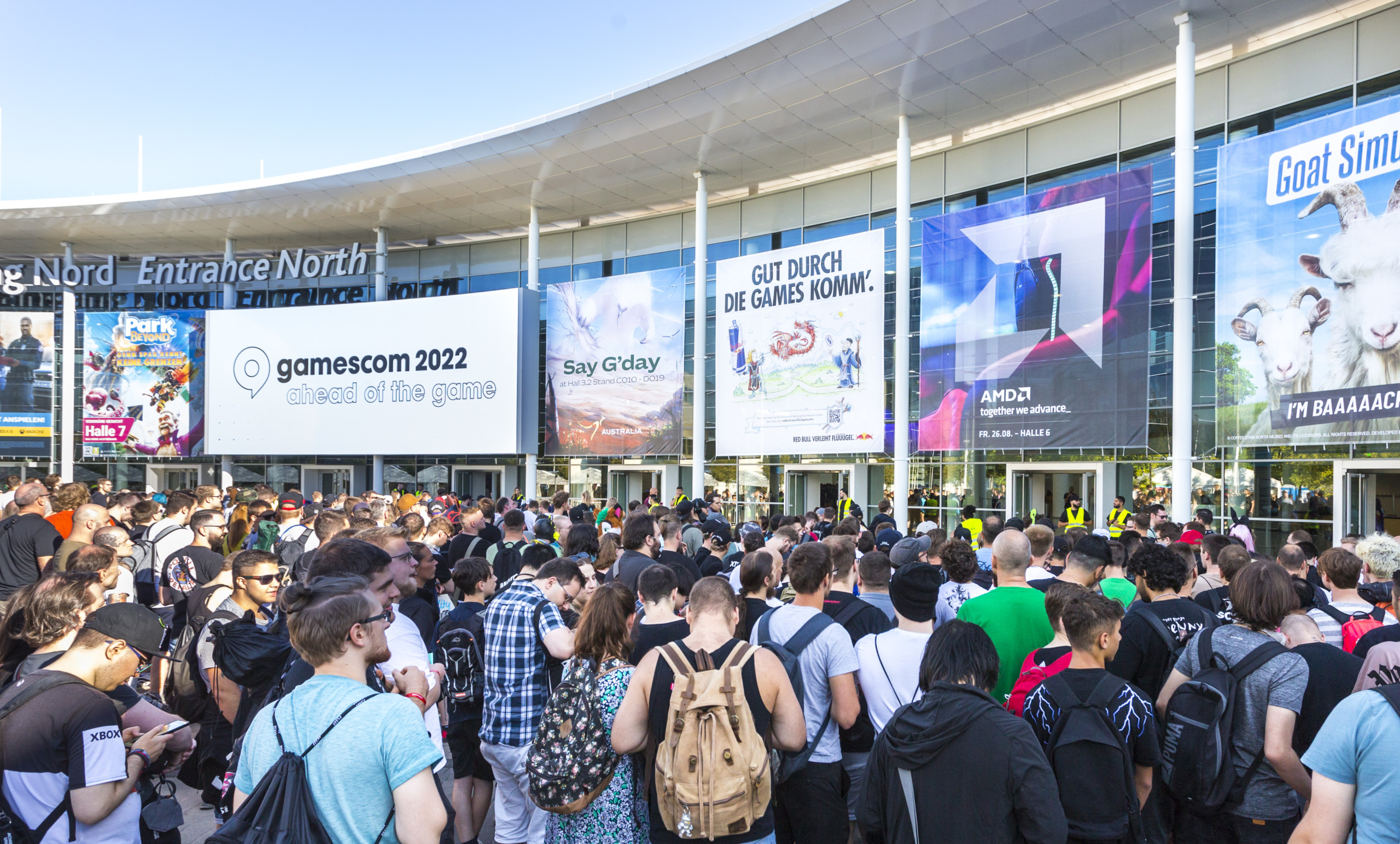 Cologne, 29 August 2022 – gamescom is back: gamescom 2022 thrilled millions of people around the world online as well as hundreds of thousands of visitors in Cologne once again after two years in which the world’s biggest games event could only be held online due to Covid-19. In total, more than 265,000 visitors made their way to the exhibition grounds in Cologne. And up to the Saturday evening alone, the entire gamescom show programme generated more than 130 million views. gamescom therefore remains the world’s biggest games event in spite of a reduced number of tickets available this year. The fans’ huge anticipation was illustrated not least by the fact that #gamescom was the top global Twitter trend just ten minutes into the opening show ‘gamescom: Opening Night Live’.

gamescom was more popular than ever politically speaking too, with more than 270 German and foreign politicians travelling to Cologne to obtain an overview of the latest developments in the games industry. The highlights included Debatt(l)e Royale featuring leading politicians representing the SPD, Bündnis 90/Die Grünen, FDP and CDU and also the political opening on the Wednesday afternoon with political figures such as Hendrik Wüst, Minister-President of North Rhine-Westphalia, Michael Kellner, Parliamentary State Secretary at the Federal Ministry for Economic Affairs and Climate Action, and Henriette Reker, Mayor of Cologne and Chairwoman of the Koelnmesse Supervisory Board. Vice Chancellor and Federal Minister for Economic Affairs and Climate Action Robert Habeck was unable to attend due to the current situation regarding Germany’s energy supplies but made an appearance in a video message in which he stressed that, as ‘Games Minister’, he intended to further strengthen Germany to boost the domestic market share of German-developed games. He also announced his intention to open gamescom 2023.

‘gamescom is back and everyone is delighted that this is the case. The starting conditions were especially challenging this year due to the ongoing impacts of the Covid-19 pandemic. The huge commitment of all the exhibitors and partners and of the entire team that made gamescom 2022 an unforgettable experience was therefore all the more important,’ says Felix Falk, Managing Director of game – the German Games Industry Association, which is a co-organiser of gamescom. ‘The political interest shown this year was more pronounced than ever, with over 270 politicians ranging from members of Landtag state parliaments and members of the German Bundestag to members of the European Parliament and federal ministers, minister-presidents and party leaders attending. This makes gamescom one of the biggest platforms for dialogue between the policymakers, the industry and the community regarding games and digital topics and emphasises how relevant games policy has become to many areas.’