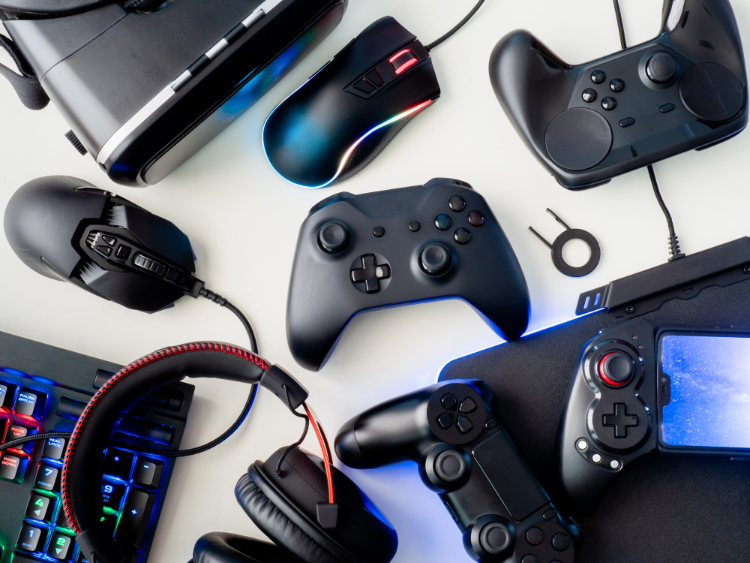 Berlin/Cologne, 13 August 2019 – The games market in Germany continued to grow throughout the first half of 2019: compared to the first six months of 2018, revenues from games and games hardware rose by 11 per cent from 2.5 to 2.8 billion euros. This growth was driven above all by fees for online services, where revenues grew by 52 per cent to 228 million euros. Additionally, the market for in-game purchases was up 28 per cent, generating revenues of 1.1 billion euros in the first half of the year. These figures were released today by game – the German Games Industry Association at a press conference in Cologne in the run-up to gamescom, which gets underway on 20 August. The figures are based on data from the market research firms GfK and App Annie. For the first time, data on the games hardware market includes products from the PC gaming segment, such as special gaming graphics cards. Overall, turnover on the games hardware market fell by 2 per cent to 986 million euros in the first half-year.

‘The German games market remained a success story in the first half of 2019. This strong, continuous growth demonstrates how economically important computer and video games have been for a long time,’ says Felix Falk, Managing Director of game. ‘This year gamescom is again proving how dynamic, international and innovative our sector is. We want to exploit this huge potential even more keenly in Germany, and that means we need competitive conditions here. After the recent troubling signals from politics, for gamescom we’re hoping for clear signs of long-term support of Germany as a location for games.’ 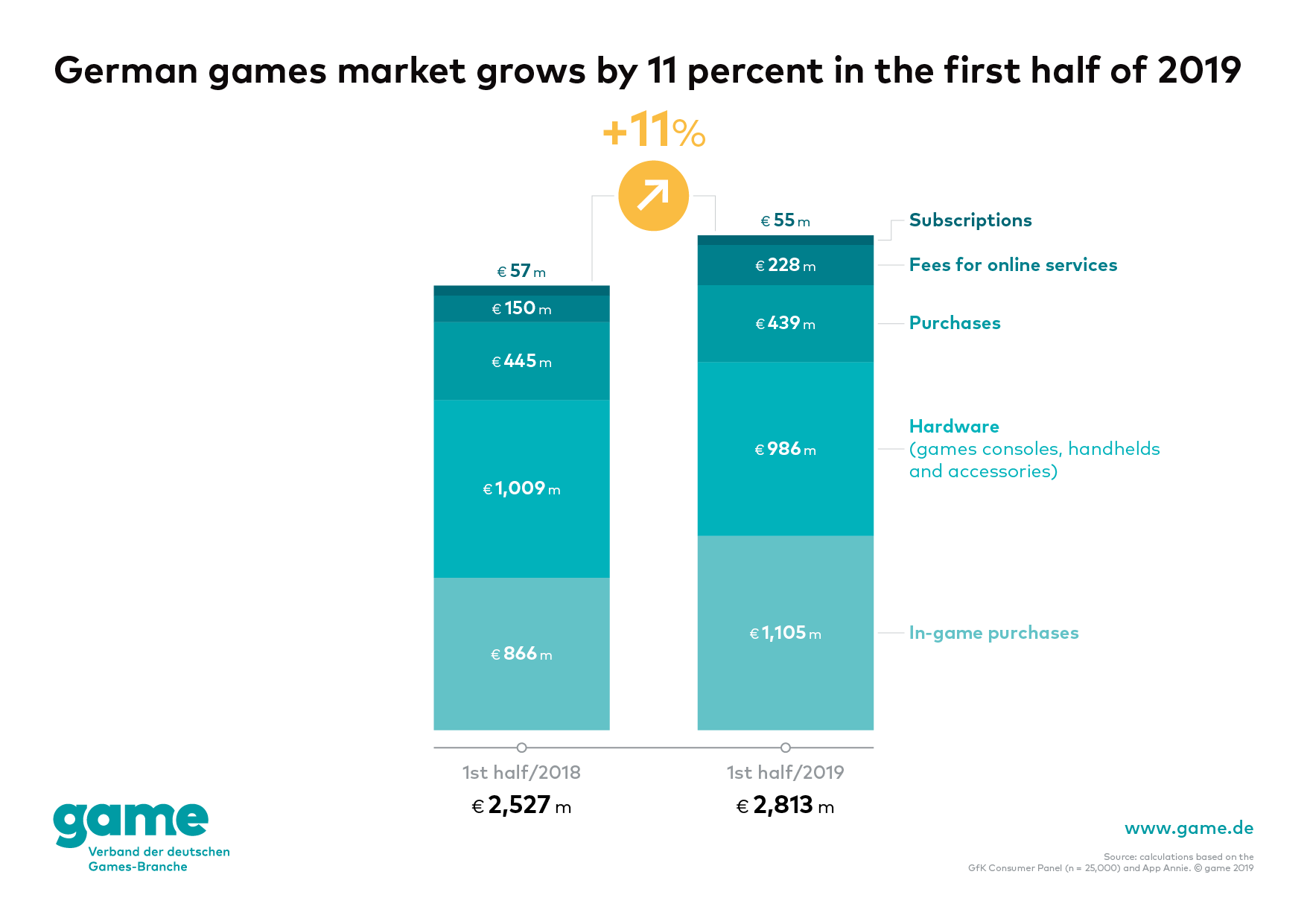 Community is a central aspect of computer and video games

This year the central theme of gamescom is ‘Together we are games’, putting the spotlight on the extremely high significance of gamers for the medium. From cosplayers and modders to esports gamers and streamers, the massive involvement of gamers makes them a fundamental part of games culture. They are constantly creating new trends and play a vital role in driving developments in the industry. This is underlined by the survey data presented by game at today’s press conference: for around nine million gamers in Germany, interaction within the community is a central aspect of their hobby. Similarly, nine million gamers have already struck up strong friendships in the gaming community. This is particularly common among younger age groups, where more than a third of gamers between 16 and 24 have made good friends within the gaming community. 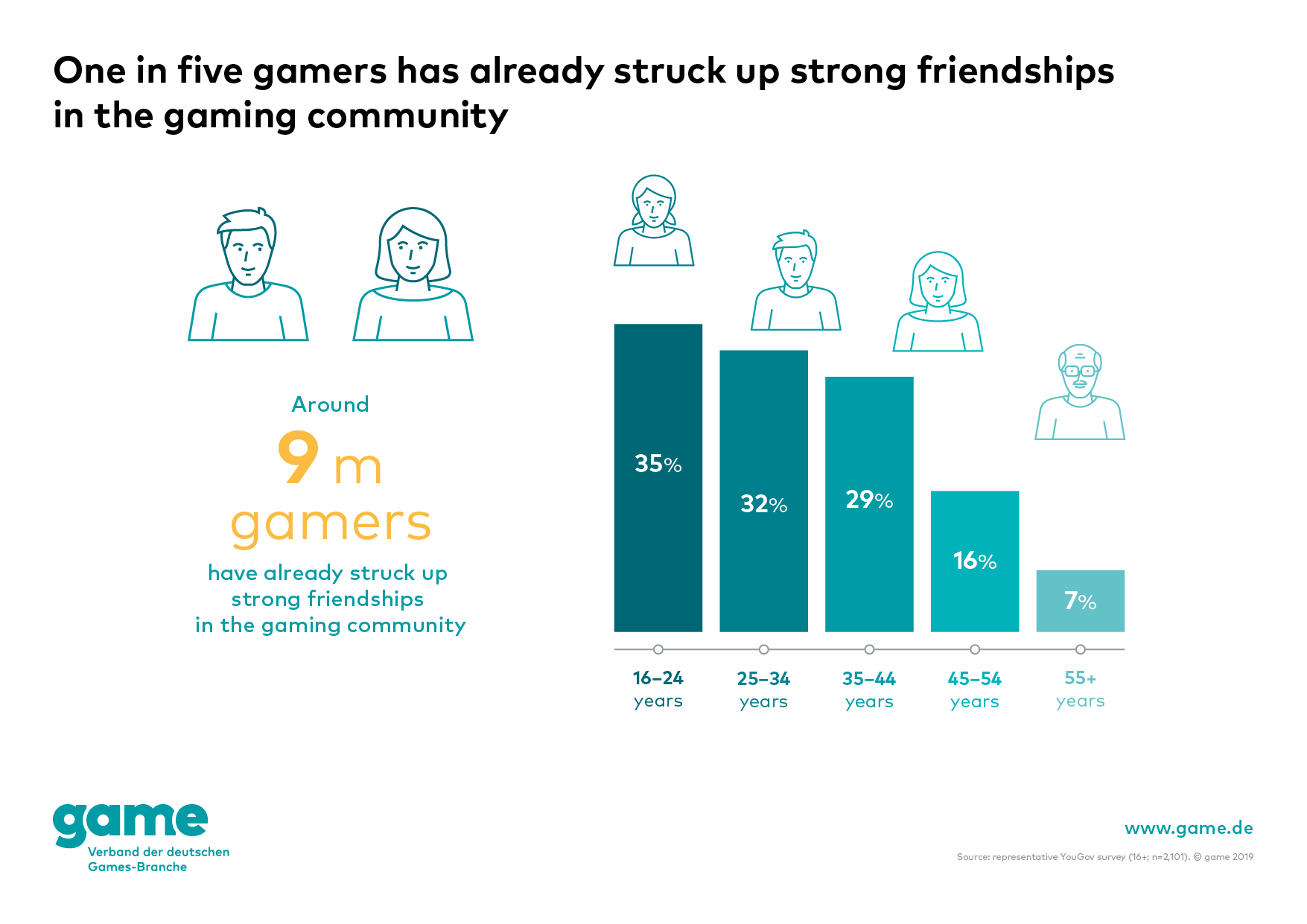 According to the survey, the gamers have high expectations of cloud gaming, one of this year’s gamescom trends. More than two thirds of all gamers in Germany (69 per cent) have already heard about cloud gaming. More than half of German gamers believe that cloud gaming will open up gaming to more people. 52 per cent even expect that in future, streaming games directly from the cloud will be the standard way of playing. A similar number of players (51 per cent) expect that cloud gaming will make gaming more convenient. 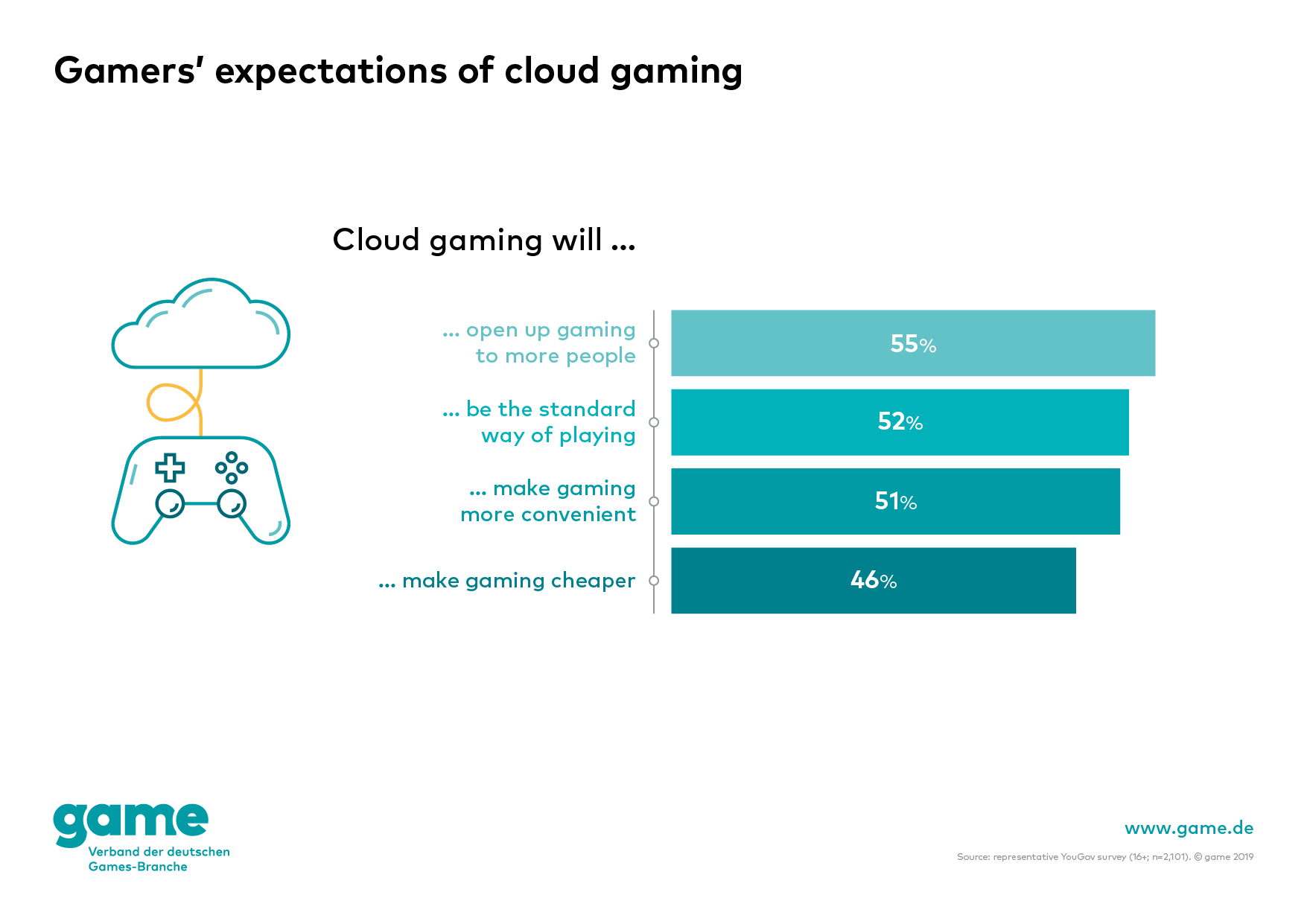 With cloud gaming, most of the processing takes place in data centres, so gamers themselves no longer require any particularly powerful hardware, and even the most technically sophisticated titles can be played on simple laptops, smartphones or tablets. All that is required is a fast and low-latency internet connection.

Creativity is the most admired quality of indie games

This year’s gamescom puts indie games in the spotlight: for a number of years, visitors have gravitated in droves to the booths of independent developers, such as the Indie Arena Booth. Indie games are not just a trend at this year’s gamescom; the offering for indie developers has also been significantly extended with the new gamescom indie village, more than doubling the number of indie developers able to take part in gamescom. Over 16 million gamers have already heard about indie games, with players admiring the high creativity of these games most of all (42 per cent). For a third of gamers (32 per cent), the often unique graphic style is what marks indie games out, with the lower price mentioned just as frequently. The great variation (29 per cent), the sometimes complex issues dealt with in certain games (25 per cent) and the unique signature of a developer (22 per cent) were other factors that gamers rated highly about indie games. 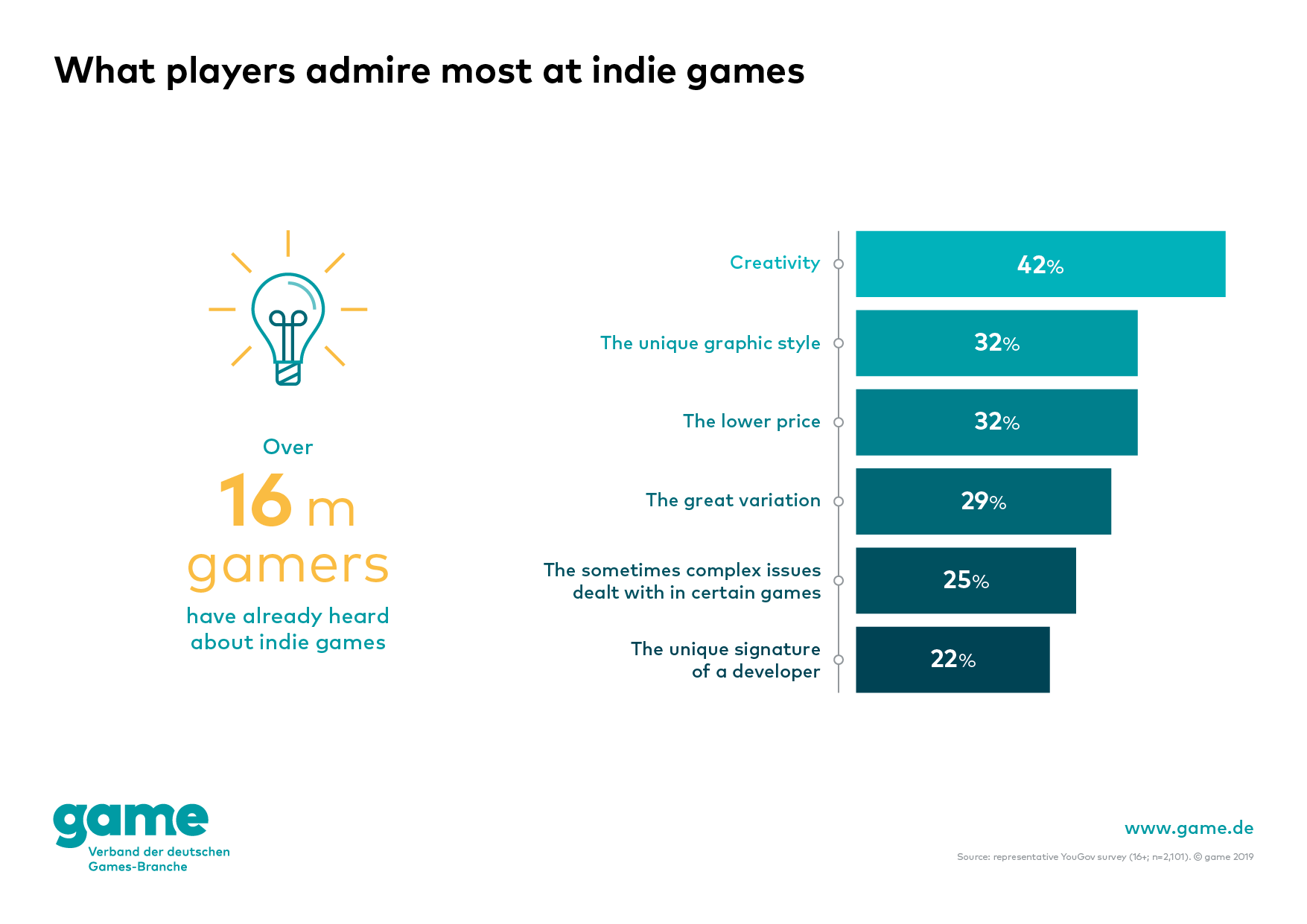 The data used is based on an online survey by YouGov Deutschland GmbH. 2,101 people participated in the survey, which was conducted between 24 and 29 July 2019. The results were weighted and are representative of the German population aged 16 and older. 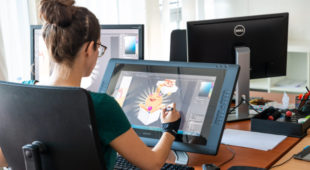 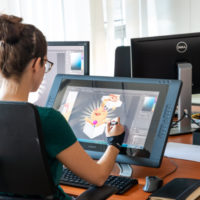