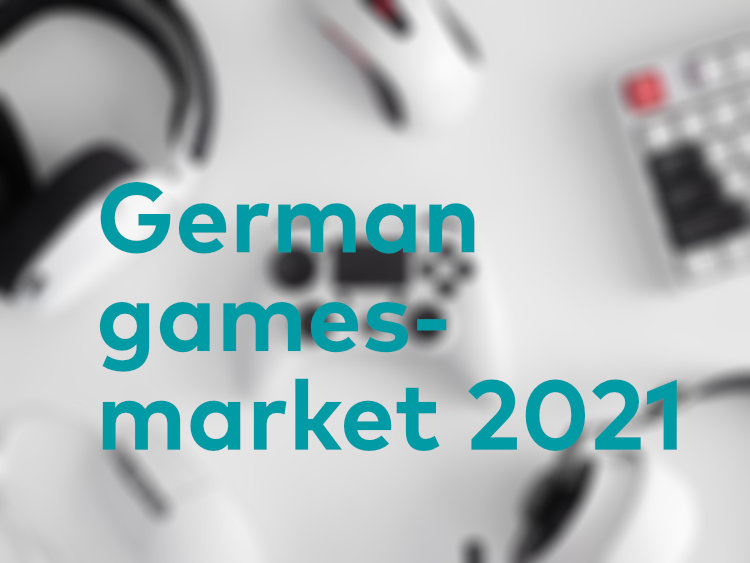 Berlin, 11 April 2022 – The German games market has followed up its historic growth spurt in 2020 with yet another year of significant growth: in 2021, approximately 9.8 billion euros in revenues were generated from games, charges for online services and games hardware. This is an increase of 17 per cent compared to the previous year. Already in 2020, the German games market was able to grow by 32 per cent, which was due in part to the growth in new video game players that resulted from the Covid-19 pandemic. These are the numbers released today by game – the German Games Industry Association, based on data collected by the market research companies GfK and data.ai. The demand for games hardware, particularly for games consoles (+23 per cent) and accessories for gaming PCs (+22 per cent), as well as in-game and in-app purchases (+30 per cent), was the biggest driver of growth.

According to Felix Falk, Managing Director of game: ‘Following the historic growth spurt in 2020, the German games market continued its strong performance with significant growth in 2021. This also demonstrates that the people who first took up playing during the lockdowns are still enjoying it. We are particularly delighted by the strong growth in games hardware. No matter whether they are using games consoles or gaming PCs, Germany’s video game players once again invested considerable sums in their equipment to ensure that they would be able to continue enjoying their games in the best possible quality in future. In fact, demand in some cases exceeded supply, meaning that it would have been possible to increase sales revenue by even more.’ 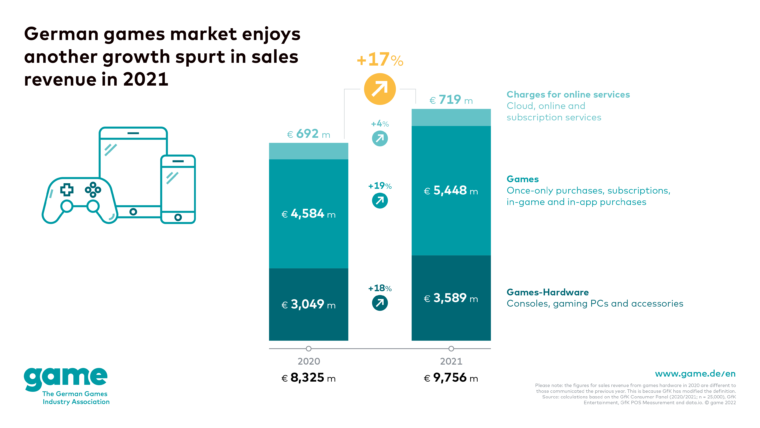 Sales revenue from purchases of computer and video games grew by 19 per cent to about 5.4 billion euros. So-called in-game and in-app purchases were once again the biggest driver of growth here, with sales revenue increasing by 30 per cent overall to about 4.2 billion euros. This is happening in response to a sustained trend towards free-to-play games, as well as a general increase in the length of time that individual titles are being supported with the frequent addition of new free and charged content. Sales revenue from the once-only purchase of games, on the other hand, fell significantly, by 9 per cent to about 1.1 billion euros. Sales revenue through monthly subscription charges for individual games – a model that is common among online role-playing games – also fell, by 11 per cent to 145 million euros. 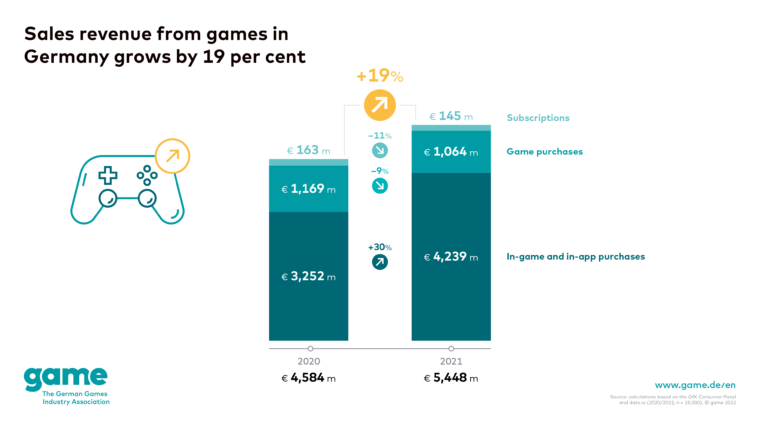 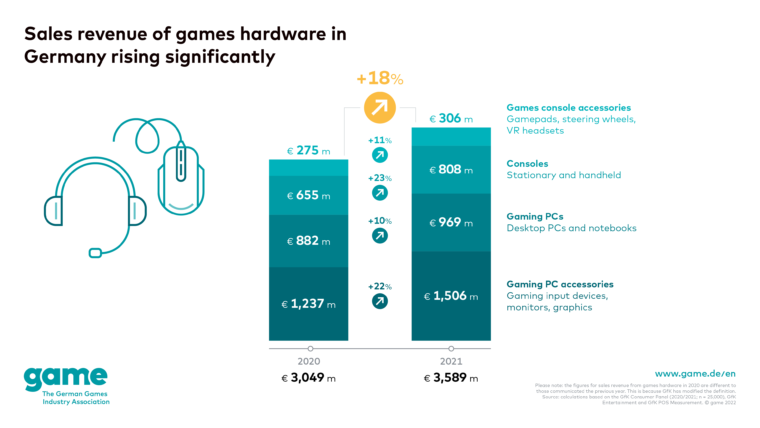 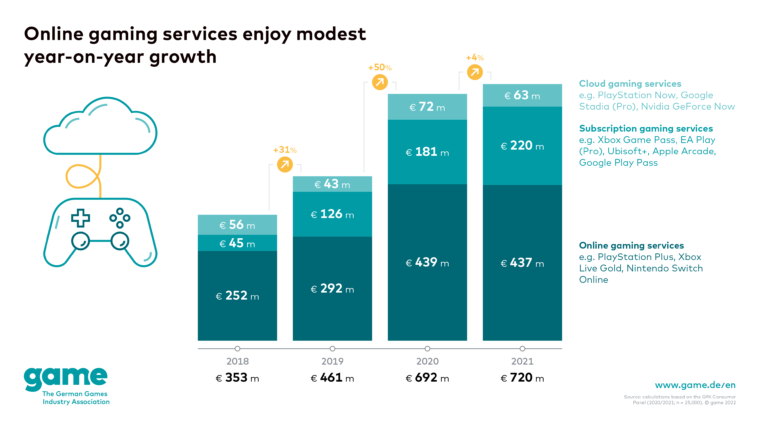 Please note: GfK has modified the definition of gaming PCs. In order to make it easier to compare data, this new definition has also been used for the market data from 2020, whereby the games hardware figures that result are somewhat lower than those that were communicated one year ago.