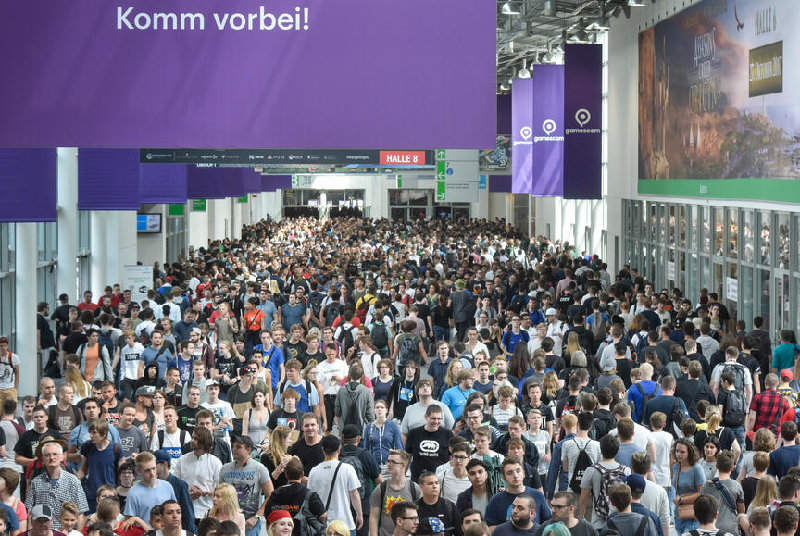 • Games sales in Germany achieve 1.5 billion euros in the first half of 2018
• Sales of game apps grow by 40 per cent in the first six months of the year
• Germans show strong interest in new subscription services and cloud gaming
• Two thirds of 16- to 24-year-olds see games companies as attractive employers
• gamescom takes place from 21 to 25 August

Berlin, 15 August 2018 – The games market in Germany is booming: in the first six months of 2018, sales of computer and video games rose by 17 per cent to 1.5 billion euros. This was announced by game – the German Games Industry Association at a press conference in advance of next week’s start of gamescom. Virtual goods and additional content (+40 per cent) as well as charges for online services (+92 per cent) were especially strong growth drivers. Game apps for smartphones and tablets likewise showed robust development: this submarket grew by 40 per cent in the first half-year, to 683 million euros, compared with sales of 489 million euros achieved in this area from January to June 2017. By contrast, revenue from the traditional sale of games fell by 12 per cent. The central theme of gamescom 2018 is ‘Diversity wins’. The trends this year’s fair is focusing on are ‘Play anywhere’ and ‘Shaping the future with games’.

‘The dynamics of the German games market are impressive: Germany is vigorously defending its fifth rank among the largest games markets worldwide, with an even faster rate of growth than in its record-setting year of 2017,’ says Felix Falk, Managing Director of game, the sponsor of gamescom. ‘Once again, one of the greatest growth drivers are game apps for smartphones and tablets: not only have they made the digital world of games accessible to millions of Germans, but they have also become the most popular games platform. Now we in Germany must finally catch up with the other countries as a production location as well.’

Along with the success story of games for smartphones, which this year for the first time replaced the PC as the most popular games platform in Germany, the gamescom trend ‘Play anywhere’ also includes new offerings such as subscription services that give players access to a large games library for a few euros per month. Although they are relatively new, around every third German (32 per cent) is familiar with offerings of this kind. Of this group, approximately every fifth person (19 per cent) has tried out a subscription service. This equates to more than 4.2 million people throughout Germany. There is also great interest in cloud gaming. Here, the actual computing in the game takes place in the cloud. This enables even gamers without high-performance hardware at home to play blockbuster titles with elaborate graphics. Already, every fourth German (26 per cent) has heard of cloud gaming and knows what it means. One in three of this group – nearly 6 million people – has at least tried it out. Another 33 per cent have not yet tried cloud gaming but can imagine doing so.

The gamescom trend ‘Shaping the future with games’ takes up the great versatility of games. They are not only an entertainment medium and cultural asset, but also an important driver of innovation for other industrial sectors and a key medium of digitalisation. Millions of Germans now see it this way as well: More than every second German (54 per cent) agrees with the statement that new technologies of the games industry are also important for other sectors. Two thirds of Germans (66 per cent) say that the games industry is especially creative. This can also be seen in the high attractiveness of the games industry as a job market of the future. Games companies are viewed as an attractive employer by more than every second German (53 per cent), and by 66 per cent of 16- to 24-year-olds. 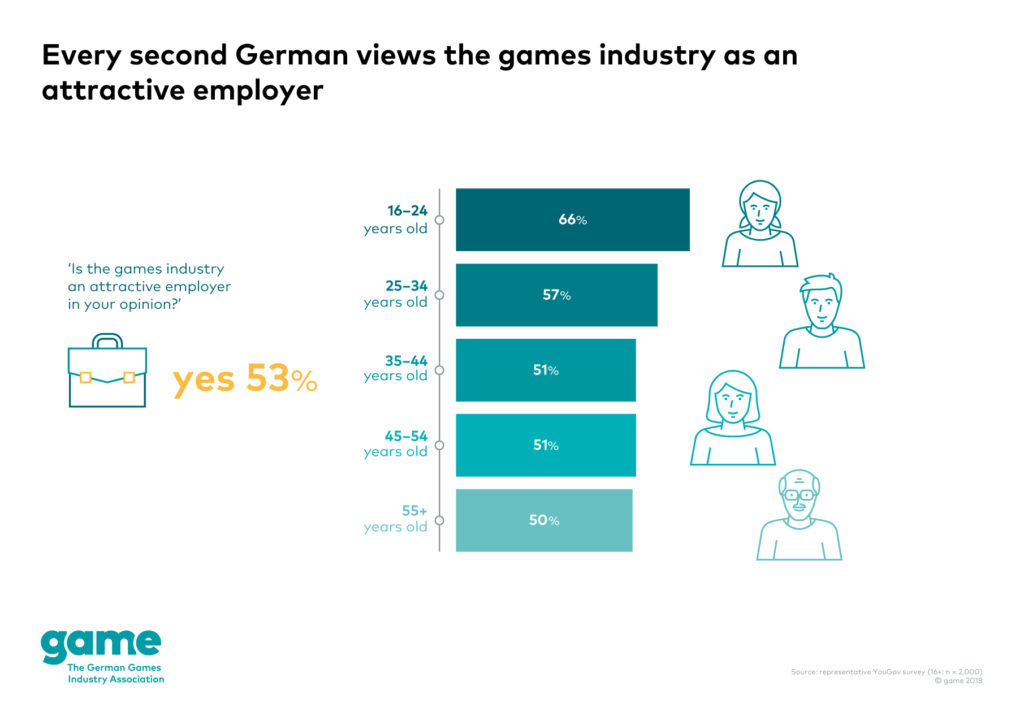 For further information on the gamescom central theme and trends, please go to https://www.game.de/en/blog/2018/07/19/gamescom-2018-opens-with-world-premieres/

The data used are based on surveys by the GfK Consumer Panel, GfK POS Measurement and App Annie. The survey data are based on an online survey by YouGov Deutschland GmbH in which 2,014 persons participated between 25/7/2018 and 30/7/2018. The results were weighted and are representative of the German population aged 16 and older. 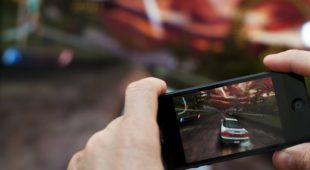 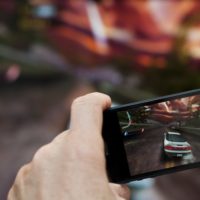 14. August 2018 | Press Release
Market share of German-developed games falls below 6 per …
• Titles from Germany account for 5.4 per cent of … 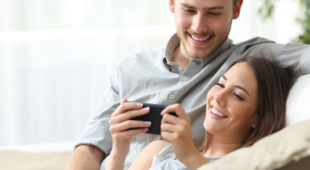 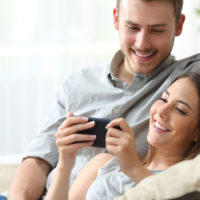 17. July 2018 | Press Release
Smartphones overtake PCs as Germany’s most popular gaming platform
• More than 18 million people in Germany play games on …
This Website uses cookies. By using our service you agree to the usage of cookies.Accept