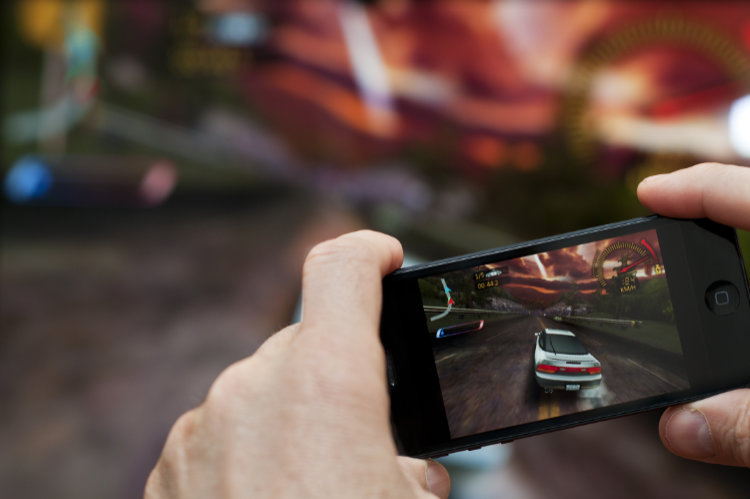 Berlin, 11th May 2022 – The huge variety of mobile games and their easy availability on smartphones and tablets have made them especially popular choices. Be it casual puzzle games, familiar PC and console games adapted for mobile use, or location-based games like “Pokémon Go” or “Jurassic World Live”, the popularity of games apps is undiminished. Sales revenue continues to increase, and the German mobile games market once again experienced strong growth in 2021, with a 22 per cent increase in sales revenue from games apps to about 2.8 billion euros. This growth is a continuation of the impressive trend in recent years, as sales revenue in 2020 had already risen by 23 per cent. These are the figures released today by game – the German Games Industry Association, based on data collected by the market research companies data.ai and GfK.

In-app purchases continue to drive growth in the mobile games market, accounting for approximately 99 per cent of total sales revenue in this segment in 2021. Sales revenue from in-app purchases enjoyed yet another year of significant growth, increasing by 22 per cent from about 2.3 billion euros in 2020 to nearly 2.8 billion euros in 2021. This is primarily due to the tremendous popularity of free-to-play games that allow players to enhance their game experiences with in-app purchases. Players can buy additional content such as additional levels and new skins for their own avatars. Sales revenue generated by games offered for purchase, on the other hand, continues to decline, amounting to just 7 million euros in 2021. Subscription fees for apps like the Apple Arcade and Google Play Pass services generated 12 million euros in sales revenue, an increase of 200 per cent over the previous year. 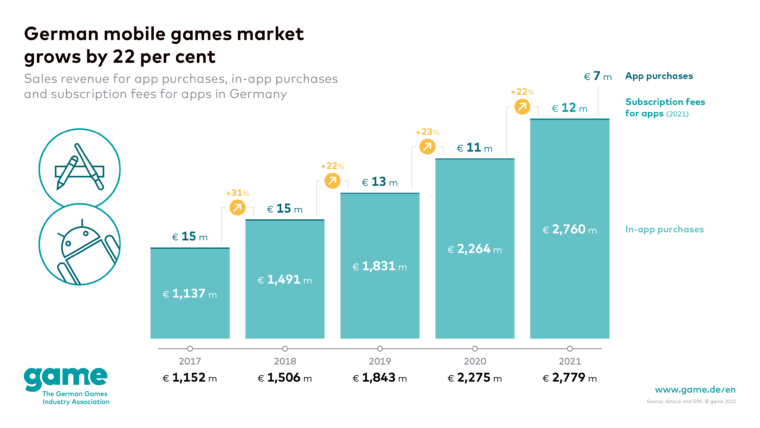 According to Felix Falk, Managing Director of game: ‘The mobile games sector is getting bigger year after year. Games apps are an integral part of the daily lives of millions of people in Germany thanks in no small part to their tremendous variety and accessibility. Mobile games also make it easy to network with other players – anytime and anywhere. This includes location-based games, multiplayer games and even mobile esports. Playing mobile games has turned into a popular social gaming experience.’