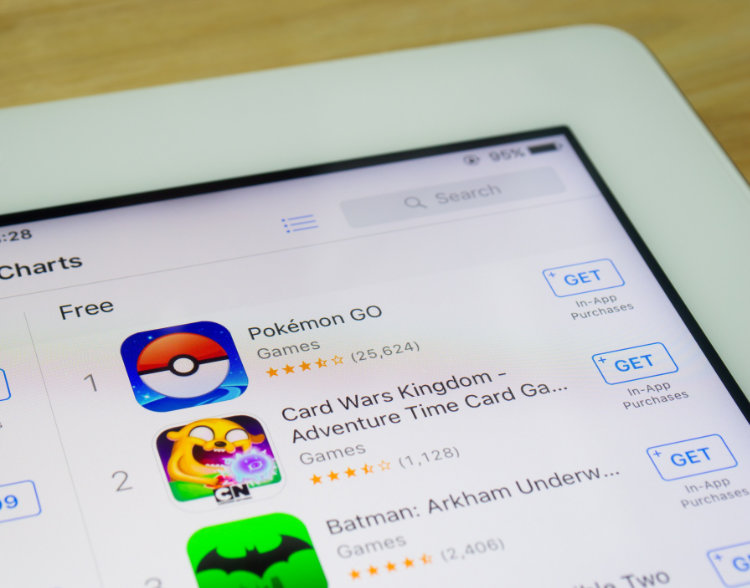 Berlin, 8 May 2019 – Mobile games for smartphones and tablets continue to gain popularity: sales of games for mobile devices in Germany grew to 1.5 billion euros in 2018. This represents an increase of 31 per cent compared with 2017. These are the figures released today by game – the German Games Industry Association, based on data collected by mobile analysts from App Annie. So-called in-app purchases remain the growth engines, driving sales especially of free-to-play games. These are titles that can be downloaded and played free of charge, with players spending money only on additional content, for example to individualise their own playing character. Sales in the form of mobile games purchased in the traditional manner held steady at 15 million euros. The average age of mobile gamers is 36.1 years.

‘Germans’ interest in mobile games continues to grow – this is underscored by the strong market development in this area,’ says game Managing Director Felix Falk. ‘In the initial years, the success of mobile games was based above all on the low barrier to entry. People were excited to be able to play on their mobile devices. Today it’s the great variety that’s generating growth. Whether you’re looking for simple games for moments in-between, innovative augmented reality games or even esports titles, every type of player can find the right title here.’ 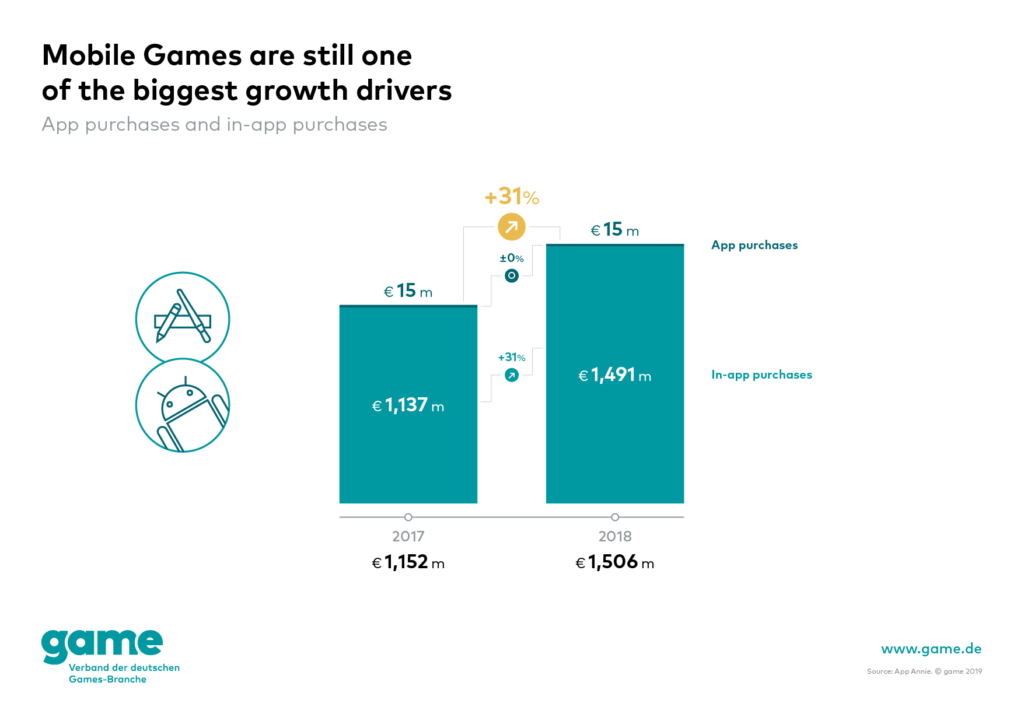 The German games market grew significantly in 2018, as already announced by game: sales of games and gaming hardware totalled 4.4 billion euros in 2018, up from 4 billion euros in 2017. This equates to an increase of 9 per cent. The largest growth driver was online service fees, sales of which almost doubled within a year to 353 million euros (+97 per cent). The market segment of in-game purchases, which includes in-app purchases, likewise contributed greatly to the growth, increasing by 28 per cent to 1.9 billion euros.

The data used is based on statistics compiled by App Annie and the GfK Consumer Panel. Please note that, due to a change of service providers and an associated change in methodology, current data cannot be compared with the market data published in 2018.