Cologne, 24 August 2019 – The many exciting innovations at gamescom 2019 made the world’s largest event for computer and video games even more digital, diverse and international than ever before, and they were all a complete success, according to game – the German Games Industry Association, one of the organisers of gamescom. The international show ‘gamescom: Opening Night Live’, which took place on Monday for the first time, reached more than half a million real-time viewers, and millions of people around the world watched it in the days that followed. Countless international gamers used the new online portal ‘gamescom now’ and viewed the videos from the new ‘IGN@gamescom now’ studio. Esports tournaments were held throughout the entire week in the new ‘gamescom event arena’, and the ‘gamescom indie village’ provided a much more extensive platform for indie developers this year. In total, 373,000 on-site visitors attended this year’s gamescom. The number of exhibitors (1,153, +10 per cent) and the size of the exhibition space (218,000 m2, +8 per cent) both increased this year. The percentage of international exhibitors remained at the same high level as in the previous year (approximately 70 per cent). The theme of gamescom 2019 was ‘Together we are games’, and the major trends included cloud gaming and indie games.

‘gamescom 2019 is more digital, diverse and international than ever before, and as such, it is a rousing success. With our new show “gamescom: Opening Night Live”, the new online platform “gamescom now” and the video streams from the “IGN@gamescom now” studio, we gave millions of gamers around the world the chance to experience the innovations and events at gamescom. We also expanded the range of on-site attractions this year with the “gamescom event arena” and the “gamescom indie village”. All the exciting changes we’ve made this year have laid the groundwork for the years to come,’ says Felix Falk, Managing Director of game. ‘gamescom 2019 also sent an important political message. The many high-ranking political representatives who attended this year’s event made it clear that there is strong support for long-term, reliable federal funding for games across party lines. Now, we expect that they will follow up on their words with concrete actions in the weeks to come.’

gamescom is the world’s largest event for computer and video games, as well as Europe’s largest business platform for the games industry. Hundreds of thousands of attendees from over one hundred countries gather here in Cologne every year, celebrating and experiencing the latest innovations in the games industry alongside millions of fans around the world who attend the event through virtual channels. gamescom represents every aspect of the vast diversity in the games culture with its business area, entertainment area, developer conference devcom, the gamescom congress and the gamescom city festival. gamescom is jointly organised by Koelnmesse and game – the German Games Industry Association. 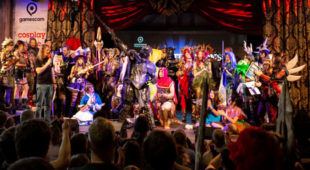 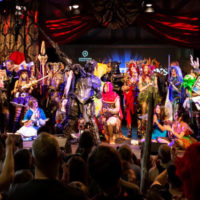 17. July 2019 | Press Release
gamescom 2019 theme focuses on community
• ‘Together we are games’ is the central theme of gamescom …
This Website uses cookies. By using our service you agree to the usage of cookies.Accept