Computer and video games are one of the most innovative forms of cultural expression and are a recognised cultural asset. Today, game technologies and mechanisms are also used in areas unconnected with the cultural and entertainment sector – from the automotive industry to healthcare. Compared with countries like Canada, the UK and France, which have developed comprehensive, sustainable and successful game funding systems, until now, Germany has not been competitive as a location for game development because it does not have any equivalent structures at national level. Recently, the revenue share of German games development in Germany fell to just 6.4 per cent. Germany risks missing out on the development of this medium of the future.

Recently, and especially at gamescom 2017 and in the CDU, CSU and SPD coalition agreement, there have been cross-party calls for development funding. The aim is to make more of the potential of the German games industry in the future to facilitate digital innovations and create new jobs and cultural stimuli. The plan is to set up a support fund for culturally valuable computer games that systematically and specifically supports development and production in Germany and creates a level playing field for European competition.

The German Games Fund (“Deutscher Games-Fonds”, DGF) is designed to fund computer and video game projects at national level. Awarding grants automatically, it follows a long-term vision for the games medium and Germany as a location. The DGF will fund both small and large developer studios, leading to positive effects for the entire developer landscape. It will support the development of prototypes and productions that pass a culture test. This arrangement ensures that the DGF meets the important criterium of predictability, complies with subsidy legislation and is compatible with European standards. 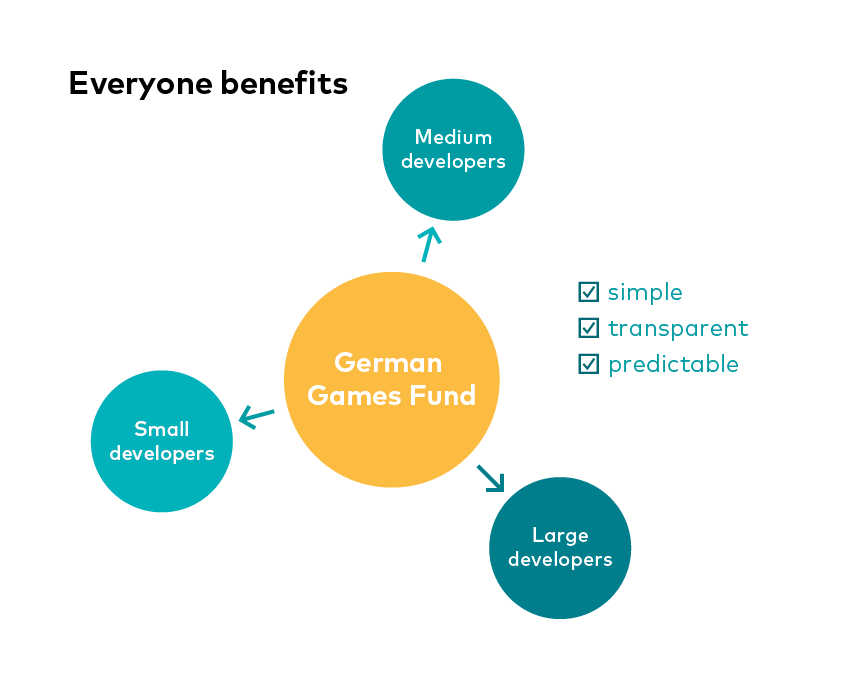 Based on the data from a recent survey (“Games-Standort 2017”), which was supported by the German government, the budget needed for the first year is 50 million euros. Leverage effects are expected to be comparable to those associated with similar funding systems in other countries. In France, each euro of support funding generates 8 euros of additional investment and 1.80 euros of additional tax revenue and social security contributions. Applied to Germany, this leverage effect would unlock 400 million euros in additional investment and increase tax revenue by around 90 million euros. Following the fund’s introduction, positive market developments and the arrival of new firms will necessitate a fixed budgeted annual increase of between 5 million and 10 million euros over the next five years. 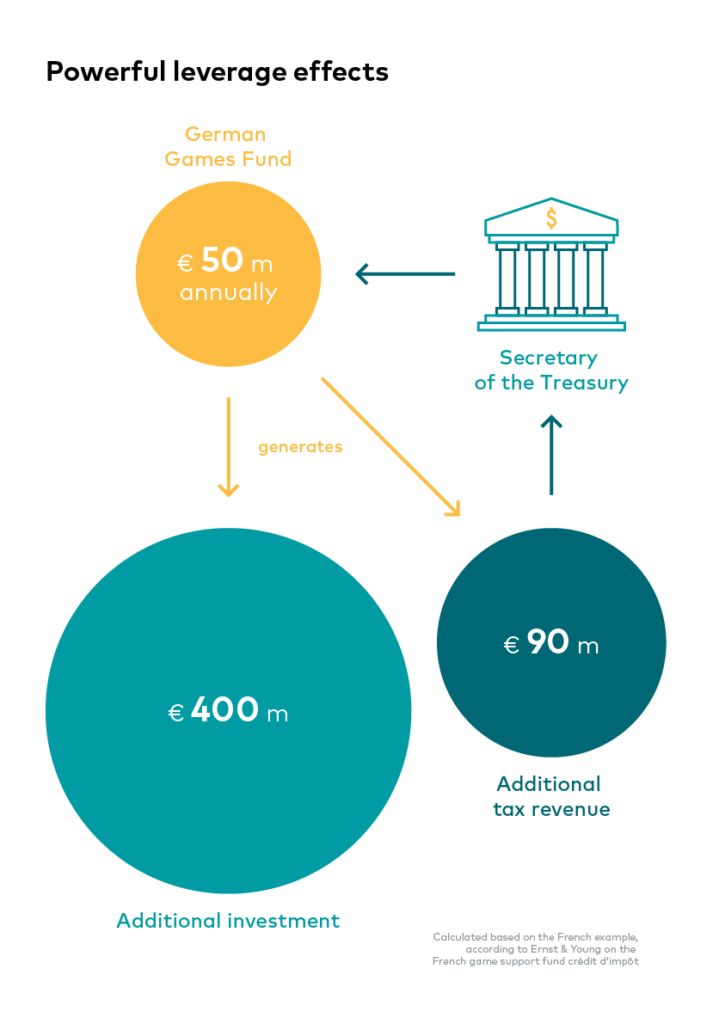 This positive economic outcome of the DGF goes hand in hand with a strengthening of cultural diversity on the market for computer and video games, thanks to the opportunity to realise innovations, new ideas and German content. In view of the games industry’s dynamic development, the fund needs to be implemented soon so that the developer studios in Germany can catch up with other countries instead of falling further behind.

Page
14. November 2019 | Page
German Games Funding
Computer and video games are one of the most innovative … 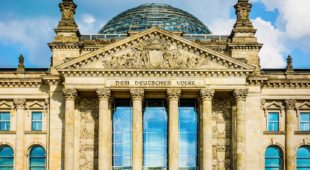 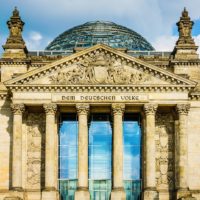 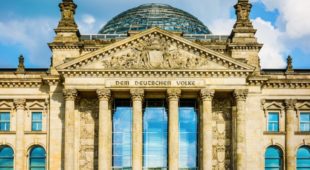 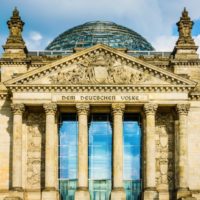