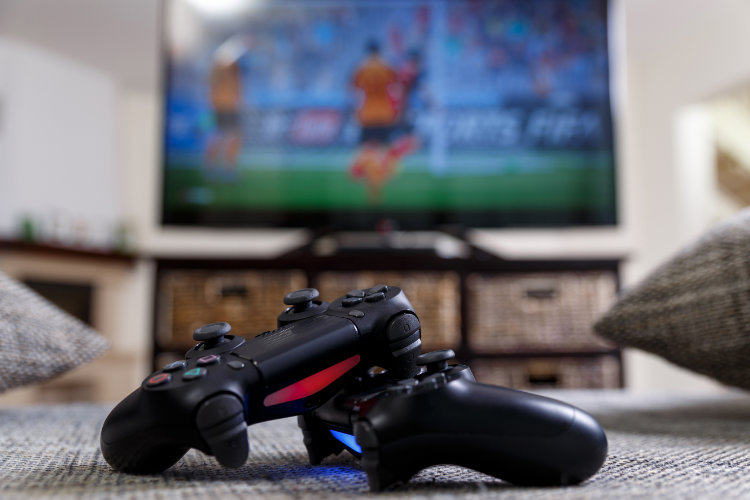 Berlin, 21 May 2019 – Online services for gamers are among the growth drivers of the German games market. Within one year, sales through these services, where, for example, gamers pay to play together on the internet or for access to a large games library, almost doubled. While 179 million euros were spent on such services in Germany in 2017, this jumped to 353 million euros in 2018 – which translates into growth of 97 per cent. Compared to 2016, this submarket even grew by about 210 per cent. These are the figures released today by game – the German Games Industry Association, based on data collected by the market research company GfK. One reason for this strong development is the continued increase in the number of users: in less than 12 months, the number of subscribers rose by 53 per cent, to 4.6 million.

‘The games market is in a state of fundamental change worldwide: alongside the classic purchase of computer and video games and the use of free-to-play titles with in-game purchases, online services for gamers are developing into an ever larger market segment,’ says Felix Falk, Managing Director of game. ‘More and more services are being created that allow gamers to access a giant games library for a fixed monthly charge or, for example, to save games in progress in the cloud. Looking at the current development of cloud gaming, we anticipate further growth in online services in the coming years.’ 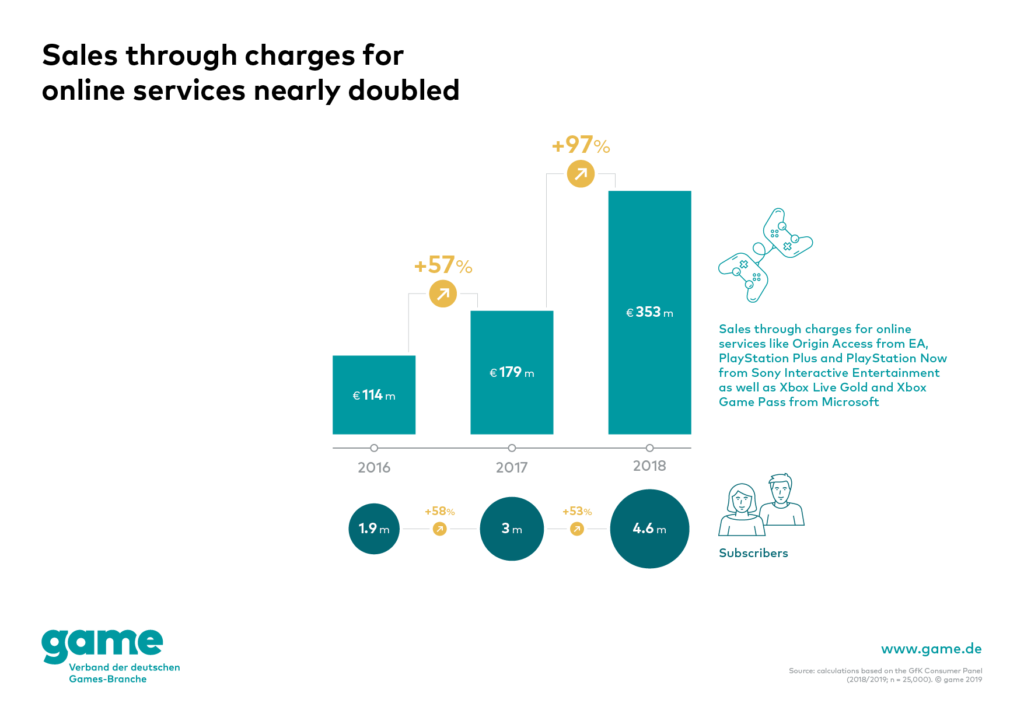 Fee-based online services for games consoles include Nintendo Switch Online, PlayStation Plus and Xbox Live Gold. These services for games consoles enable gamers to, for example, play with and against one another online and save the status of games in the cloud. They also often offer free access to a changing selection of computer and video games as well as discounts for the purchase of games and extensions in the online stores of the various platforms. With such online services as Origin Access or the Xbox Game Pass, players can access a large catalogue of games for installation on their games consoles and PCs for a fixed monthly charge. Other offerings like PlayStation Now from Sony, in contrast, use cloud gaming as their basis: this doesn’t require a high-performance gaming PC or current games console. The actual computing of the game takes place in the data centre. This allows even blockbuster titles with elaborate graphics to be played on less high-powered terminal devices. What is required, however, is a fast and low-latency internet connection. Google also recently announced that it would introduce its own cloud gaming service, Stadia.

The German games market grew significantly in 2018, as announced by game: sales of games and gaming hardware totalled 4.4 billion euros in 2018, up from 4 billion euros in 2017. This equates to an increase of 9 per cent. The largest growth driver was online service fees, sales of which almost doubled within a year to 353 million euros (+97 per cent). The market segment of in-game purchases, which includes in-app purchases, likewise contributed greatly to the growth, increasing by 28 per cent to 1.9 billion euros. 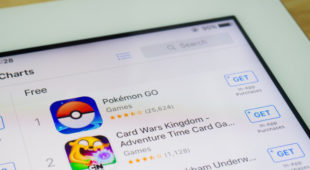 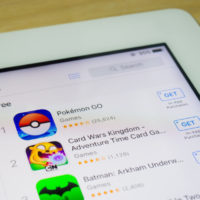 8. May 2019 | Press Release
Germans’ interest in mobile games for smartphones and tablets continues …
• Sales of mobile games grow by 31 per cent • In … 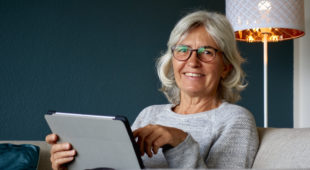 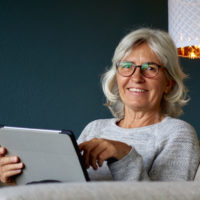 3. April 2019 | Press Release
Close to 10 million gamers in Germany are 50 years …
• More than 34 million people play computer and video games …
This Website uses cookies. By using our service you agree to the usage of cookies.Accept