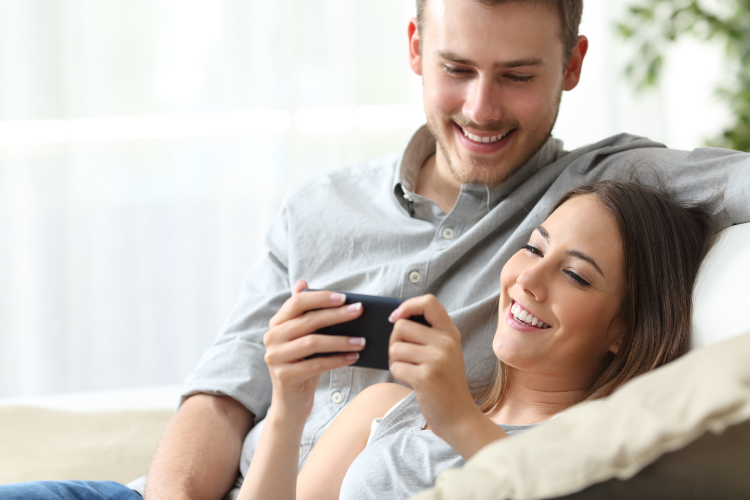 • More than 18 million people in Germany play games on their smartphones
• Games consoles gain 200,000 additional players within a year
• Game apps are still one of the biggest growth drivers in the games market

Berlin, 17 July 2018 – 18.2 million people in Germany play games on their smartphones. That is approximately 900,000 (+5 per cent) more than in the previous year. Thanks to these additional players, the smartphone is now the most popular gaming platform in Germany for the first time ever, ousting the PC (17.3 million players) from the top spot. These are the figures released today by game – the German Games Industry Association, based on data collected by market research company GfK. 16 million people in Germany now use games consoles like the PlayStation 4 from Sony, Switch from Nintendo and Xbox One from Microsoft – approximately 200,000 (+1 per cent) more than in the previous year. The number of tablet gamers, on the other hand, has not changed: 11.5 million people in Germany play on these flat computers with touchscreens. 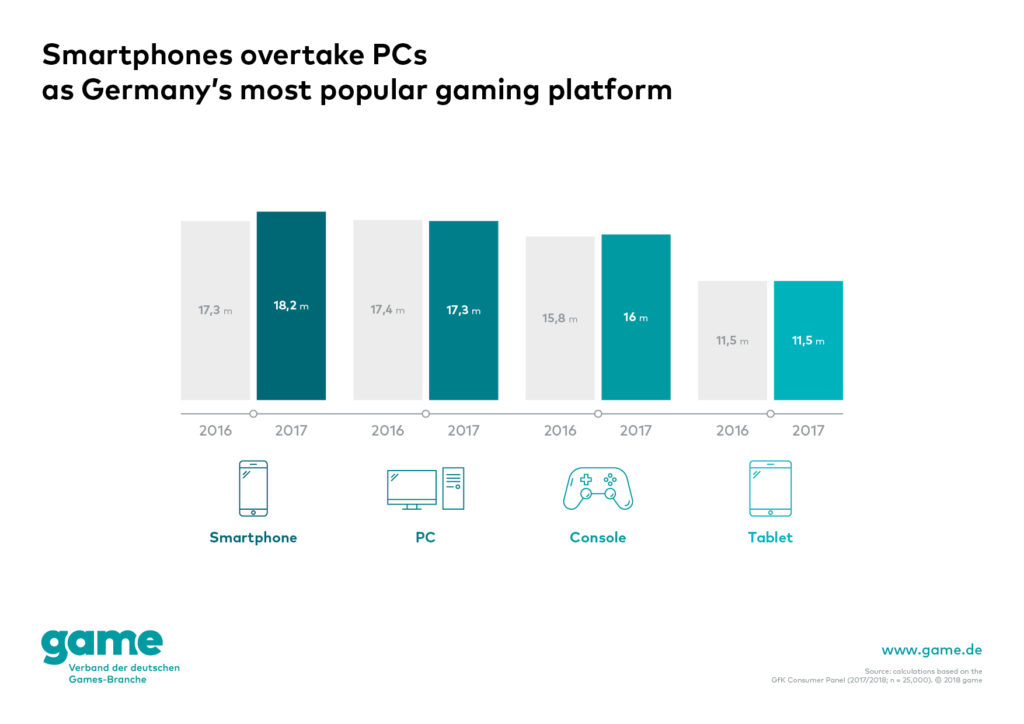 ‘Games are becoming increasingly popular. The fact that smartphones are extremely prevalent and have a low threshold to entry has opened up the games market to many people who previously never played games or only played rarely,’ says Felix Falk, Managing Director of game. ‘For indie developers, the growing variety of gaming platforms with millions of players is also an important factor: They invest their minimal budgets and endless creativity into bold, surprising game ideas that delight an ever-expanding audience.’

34.3 million people in Germany play games; that’s almost half of all Germans. Of that number, 47 per cent are women and 53 per cent men. The average age of gamers in Germany increased to over 36 in 2018. On the whole, the market for computer and video games and games hardware expanded by 15 per cent, to over 3.3 billion euros, in 2017; this was the first time the German games market ever topped the 3-billion-euro mark. Games for smartphones and tablets are still one of the biggest growth drivers on the games market. In 2017, sales revenue generated by game apps rose to 497 million euros in Germany – a 21 per cent increase compared with 2016 (409 million euros). This means that in 2017, game app revenue grew much more strongly than the German games market as a whole and has more than doubled since 2014 (241 million euros). 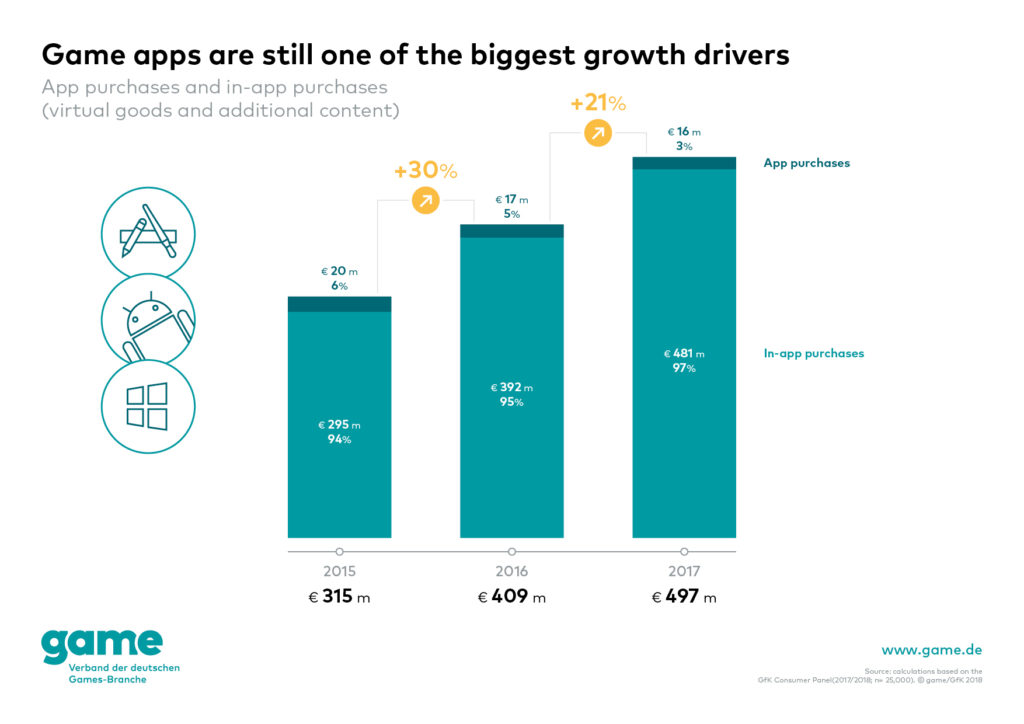 The data used is based on surveys conducted by the GfK Consumer Panel, GfK Entertainment and GfK POS Measurement. The methods used by GfK to collect data on Germany’s digital games market are unique in terms of both their quality and their global use. They include an ongoing survey of 25,000 consumers who are representative of the German population as a whole regarding their digital game purchasing and usage habits, as well as a consumer panel. The data collection methods provide a unique insight into the German market for computer and video games. 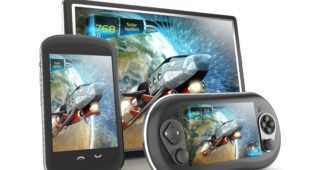 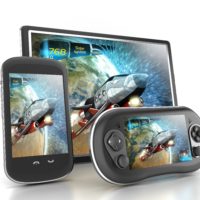 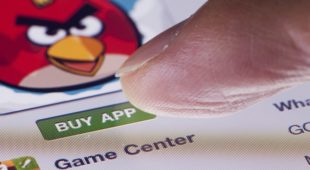 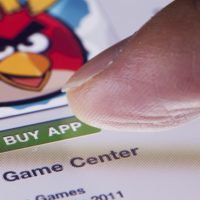 15. May 2018 | Press Release
Boom in game apps for smartphones and tablets continues: market …
• Game app revenue has more than doubled since 2014 • Growth …
This Website uses cookies. By using our service you agree to the usage of cookies.Accept