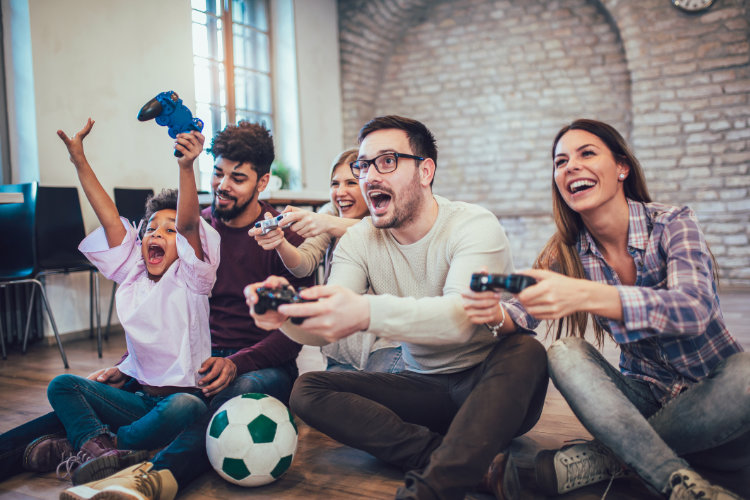 Berlin, June 16, 2022 – Following strong growth in the Covid-19 year 2020, interest in gaming continued to increase in Germany in 2021. Six out of every ten Germans (59 per cent) aged 6 to 69 reported playing PC, console or mobile games. This means that the number of video game players increased by another percentage point compared to the previous year. Taken together, the past two years witnessed a significant increase, with some six per cent more people playing games than in 2019. As a result, the number of players is higher than ever before. These are the figures released today by game – the German Games Industry Association, based on data collected by the market research company GfK.

Approximately one fifth (18 per cent) of German video game players are between 50 and 59 years old. Their large share of the total, as well as the fact that many of those who played computer games in the 1980s and 1990s have stayed true to gaming, are among the reasons why the average age of video game players has increased yet again: in 2020 the average age of all players in Germany was 37.4; by 2021 it had increased to nearly 38. The group of 30- to 39-year-olds is also large, accounting for 18 per cent. The gender breakdown remained unchanged from the previous year, and was almost evenly split, with women making up roughly half of all video game players (48 per cent). 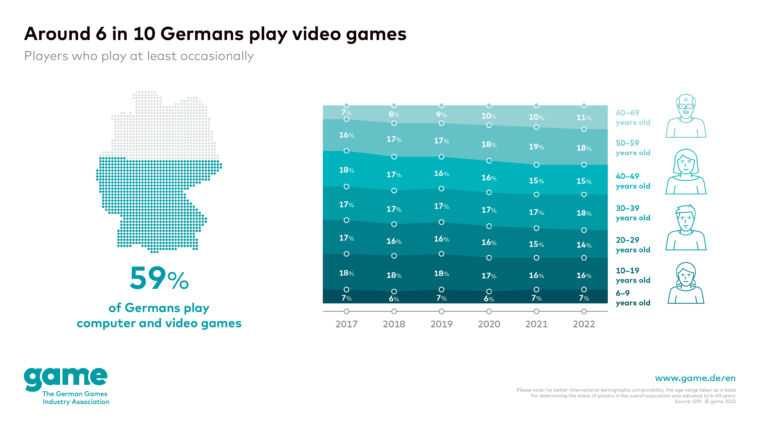 ‘Never before have so many millions of people in Germany been enthusiastic about games,’ says game Managing Director Felix Falk. ‘Games have become as much a part of people’s daily media consumption as television, music and social media.’ 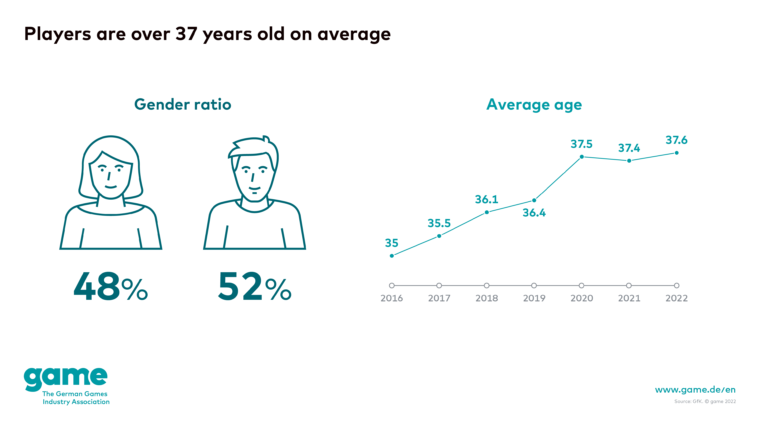