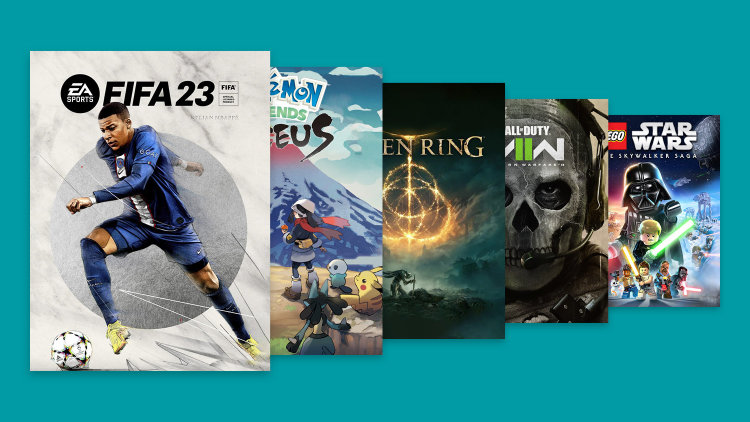 Berlin, 24 January 2023 – Be it exciting sports games, games for the entire family, epic journeys into fantastical worlds, or action-packed adventure – 2022 offered a wide range of video game titles to choose from. This can be seen in the German annual charts for the bestselling PC and console games that were released in 2022. The hit sports game ‘EA SPORTS FIFA 23’ (Electronic Arts) captured first place in the list of bestselling new game releases in 2022. Another major success: ‘Pokémon Legends: Arceus’ (Nintendo) from the popular Pokémon series for the Nintendo Switch. This action role-playing game took second place in the list of bestselling games for the year just ended. Third place in the German charts for 2022 was secured by the award-winning open-world game ‘ELDEN RING’ (Bandai Namco Entertainment), which was the result of a collaboration between game developer Hidetaka Miyazaki and author George R. R. Martin. Just two months after its release at the end of October 2022, first-person shooter game ‘Call of Duty: Modern Warfare II’ (Activision) made it into fourth place. It was followed in fifth place by the action-adventure game ‘LEGO Star Wars: The Skywalker Saga’ (Warner Bros. Interactive Entertainment), whose missions are based on the most important events from the nine ‘Star Wars’ films. 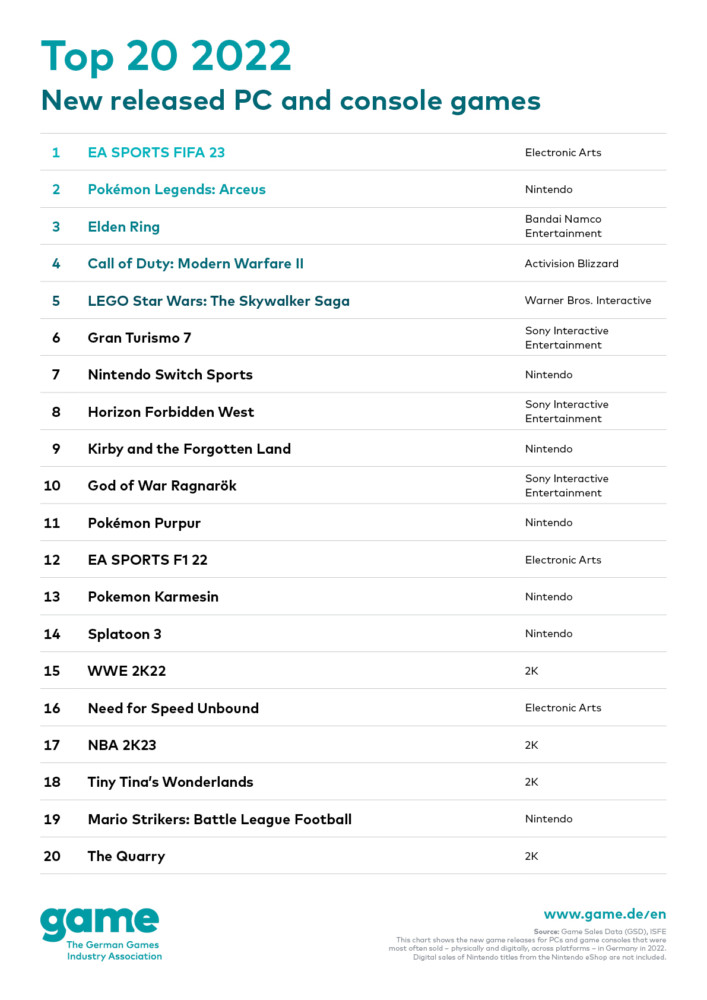 Information on the annual charts

The annual charts for 2022 list the games released that year for PCs and game consoles that were most often sold – physically and digitally, across platforms – in Germany in 2022. The data is gathered by Games Sales Data (GSD), a platform operated by the Interactive Software Federation of Europe (ISFE). Digital sales of Nintendo titles from the Nintendo eShop are not included.